The outbreak and spread of COVID-19 since the beginning of 2020 has severely affected economic and social development of countries around the world, and disrupted international cooperation as well. Looking at comments on China-Africa cooperation at the end of last year, we can find out that most were positive, but there were indeed negative tones about such cooperation. These comments fall into five categories, including the argument that China-Africa trade has gone through a free fall, the prediction that China’s investment and financing to African countries will continue declining and never rebound, the pessimism about the future of China-Africa cooperation, the exaggeration of the return of Chinese people back home, and the accusation of environmental pollution by Chinese projects in Africa. These arguments and reports seem to be convincing, but in fact are alarmist and lacking in evidence. So what is the truth? 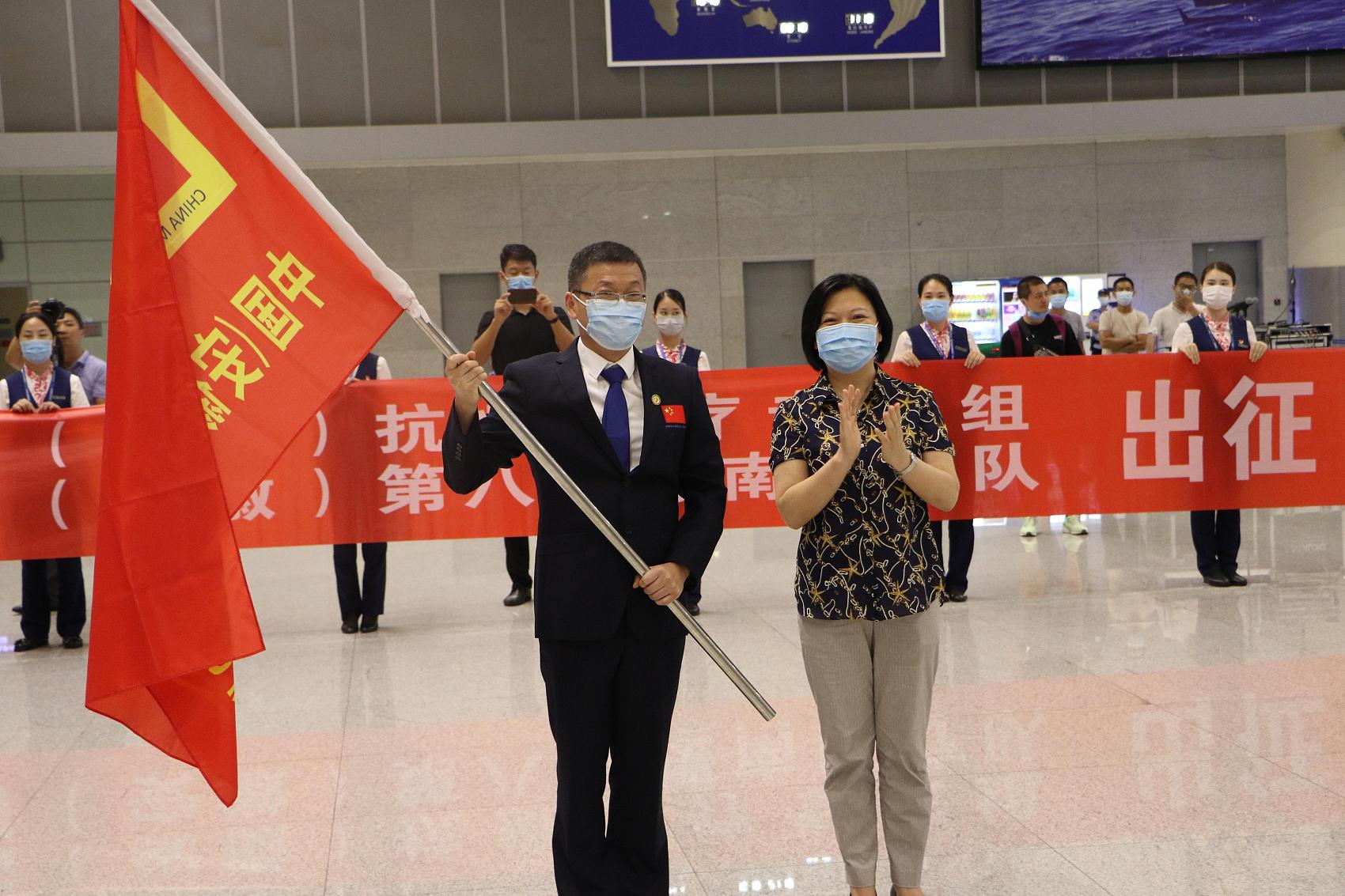 China and Africa have maintained dynamic economic and trade cooperation. China has contributed to Africa’s economic growth by over 20% for consecutive years. Despite a gloomy picture of the global market, China-Africa trade was approaching US$180 billion in 2020. Although it is lower than US$208.7 billion of 2019, in comparison with other countries, China will remain the biggest trading partner of African countries for the 12th year in a row. China has opened its door wider to African products. Over 400 African businesses from more than 40 African countries have attended the China International Import Expo (CIIE) for the past three edition, where the Zambian blueberries and Tanzanian soybeans have been imported for the first time to China. The Ethiopian coffee, Zambian honey, and Beninese cashew nuts were very popular at the third CIIE. The 3000 packages of coffee from Rwanda that had been difficult to sell due to the pandemic were sold out in a short while on line by Chinese consumers. China has also decided to offer financial support to the Secretariat of the African Continental Free Trade Area (AfCFTA), in order to promote a more balanced and diversified China-Africa cooperation.

China and Africa have continued investment and financing cooperation. Investment and financing cooperation is part and parcel of China-Africa economic and trade cooperation. On the one hand, due to the pandemic, all countries face the downward pressure of their economy while China’s financing in Africa faces the same difficulty. However, such a decline will not be irreversible. With the easing of the pandemic in the world, China’s financing in Africa will rebound again. On the other hand, China’s investment in Africa was steady in 2020, with direct investment reaching US$3 billion, which was not easy at all. In June 2020, the Lekki Deep Sea Port Project in Nigeria was launched, having received over US$1 billion investment from Chinese business through public-private partnership (PPP). The project will significantly boost the transportation capacity and competitiveness of West Africa, and create a large number of jobs for the local people. Chinese businesses have also invested US$680 million in the form of build-operate-transfer (BOT) in the JKIA-Westlands Expressway project in Kenya. Currently, the project is well under way in spite of the pandemic, and is expected to be completed beforehand in 2021. All these projects are undertaken through the new models of China-Africa investment and financing cooperation, striving for a new and high-quality China-Africa cooperation. China has also signed debt suspension agreements with 14 African countries within the framework of G20, and has decided to forgive interest-free government loans that are due to mature by the end of 2020 for 15 African countries, ranking the first among G20 members in terms of deferral amount.

China and Africa have kept the momentum of practical cooperation. The Extraordinary China-Africa Summit on Solidarity Against COVID-19 was held in June 2020, making China the only major country that convened a summit with countries across Africa in 2020. China has provided rounds of high-demand supplies to all African countries and the African Union to help them combat COVID-19, and African countries have also been firm in their support to China’s efforts on fighting against the pandemic. We have demonstrated China-Africa solidarity in times of difficulty. The “Belt and Road” initiative is very popular in Africa, with 44 African countries and the AU Commission having signed the Belt and Road cooperation documents with China, making up about a third of all countries and organizations that have entered into such agreements with China globally. The Chinese government and the AU Commission have recently signed the cooperation plan on jointly promoting the construction of the Belt and Road initiative. The 14th Senior Officials Meeting of the Forum on China-Africa Cooperation (FOCAC) was successfully held recently. China and African countries have implemented over 70% of the outcomes of the FOCAC Beijing Summit, with priority shifted to the areas of public health, economic recovery and people’s livelihood. China-Africa cooperation on digital economy has seen fast growth, with South Africa’s mobile operator and China’s Huawei jointly issuing the first 5G commercial network in Africa. TikTok has become the fastest growing social application in South Africa, Kenya and Nigeria. In the first half of 2020, the newly contracted projects undertaken by the Chinese businesses in Africa totaled US$29.1 billion in value, a year-on-year increase of 33%. The freight volume of Mombasa–Nairobi Railway and Addis Ababa–Djibouti Railway, which were constructed by Chinese businesses, was also on the rise despite the difficulties. China is the only major economy that achieved positive growth in 2020, and is accelerating the building of a new development paradigm with domestic and international economic circulations reinforcing each other. The pie of China-Africa practical cooperation will surely grow bigger.

China-Africa people-to-people exchanges have overcome hardships and remain steady. Given the severity of the pandemic, countries around the world have tightened their border control, thus making people-to-people exchanges more difficult. Nonetheless, over 1100 Chinese cooperation projects have maintained operation in Africa, and a large number of Chinese technicians and workers held on to their positions in Africa. Bearing in mind Africa’s development and wellbeing of its people, China has sent thousands of employees of Chinese businesses back to Africa by commercial and temporary chartered flights. They are the most beautiful bridge connecting the hearts of the Chinese and African people. China has also sent medical expert teams of 184 people to 15 African countries. Nearly 1000 medical staff from 40 plus resident Chinese medical teams have chosen to stay in Africa to help African people go through the difficult time. In the second half of 2020, events like China-Africa Youth Gathering, China-Africa Think tank Forum and China-Africa Private Sector Cooperation Forum have been successively held, strongly promoting China-Africa friendship. Certain media and think tanks have spread the news that a large number of Chinese are leaving Africa, which is out of ulterior motives. With the Chinese Spring Festival arriving soon, it is common and understandable for the Chinese people to travel back home for reunion with their families, which is just like westerners going home for Christmas. More importantly, many of the Chinese returning to China still have their businesses in Africa. As Africa has become their second hometown, they will surely come back to Africa after the festival.

China and Africa have been committed to sustainable development. China and African countries uphold the principle of sincerity, real results, amity and good faith in their cooperation, and advocate joint, collaborated, green, safe and open development. As President Xi Jinping has said, green is gold. China-Africa cooperation should not be achieved at the cost of Africa’s environment and long-term interests. High energy consumption and high-pollution industries as well as outdated production capacity will never be transferred to Africa. Western media such as the CNN has solely focused on some individual coal power projects with Chinese participation, but deliberately ignored so many clean energy power stations built by China. What they are up to is self-evident. Over the past 20 years, China has helped to build more than 80 big power facilities for Africa, most of which are hydro, wind or solar power plants, greatly easing African countries’ power shortage. It’s suggested for CNN to take a close look at the Noor Ouarzazate Solar Complex, the world’s biggest solar power station, and the Garissa solar power plant of Kenya, the largest photovoltaic power station in East Africa. Both are built by Chinese enterprises. Green development is also one of the eight major initiatives committed at the FOCAC Beijing Summit. Currently, 39 green projects are in the process of construction or implementation in Africa, and the China-Africa Environmental Cooperation Center has been launched in Beijing, demonstrating China’s sense of responsibility and sincerity to promote green development in Africa.