The two-day event brought together 500 representatives from institutions of higher education and research, enterprises from home and abroad, as well as international organizations. 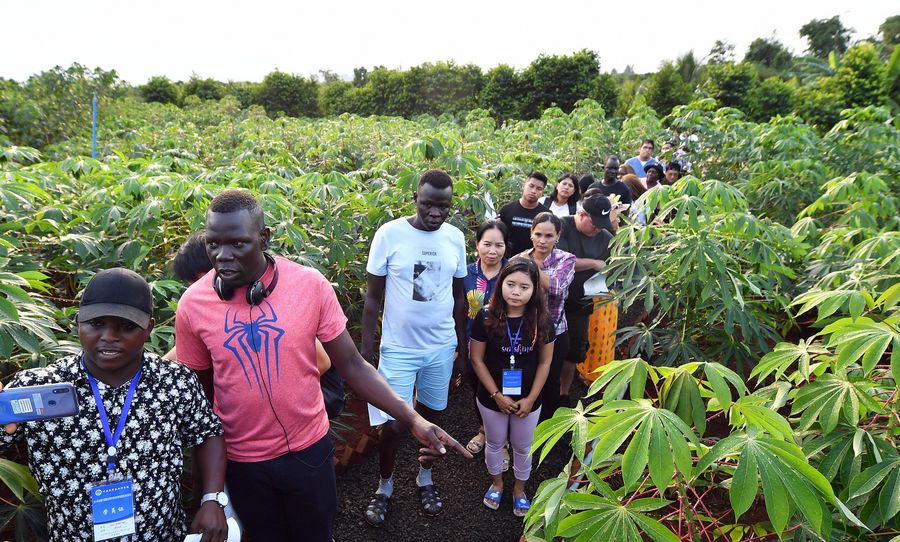 The relationship between Africa and China in agriculture is a partnership of cooperation, rather than that between a donor and its beneficiaries, said Angela Thokozile Didiza, minister of agriculture, land reform and rural development of South Africa.

Registering an average annual growth of 14 percent, the trade volume of agricultural products between China and Africa increased from 650 million U.S. dollars in 2000 to 6.92 billion dollars in 2018, said China's agricultural minister Han Changfu.

There is exciting growth potential, he said, expressing hope that the figure will reach 10 billion dollars within the next decade.

But the relationship is not just about trade. According to Han, nearly 10,000 agricultural officials, technicians, farmers and students from African countries receive training in China each year.

Thomas Gbokie Jr. was one of them. He stepped down as Liberia's deputy minister of agriculture to enter a Ph.D. program at China's Nanjing Agricultural University.

Impressed by China's advanced coffee planting and processing technologies during a one-month training program in 2015, he is now researching coffee disease resistance at the Chinese Academy of Tropical Agricultural Sciences (CATAS).

"I plan to go farming after graduation," Gbokie said, believing that his studies and research in China can help increase the output of coffee beans, an important cash crop in his home country. 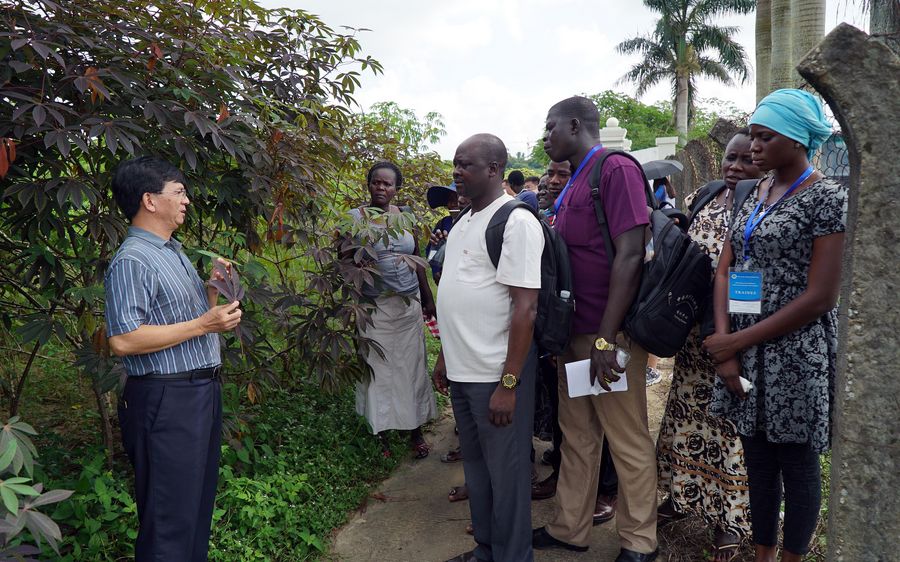 China has pledged to support Africa in achieving general food security by 2030.

To this end, both sides have deepened cooperation in a more comprehensive way.

"Agricultural modernization in Africa is multi-faceted, like making a prescription that includes several medicines for better effectiveness," said Henri Djombo, minister of agriculture, livestock and fisheries of the Republic of Congo.

"There are many areas of agriculture where China can cooperate with Congo, such as promoting the use of machines on harvesting and processing agricultural products," Djombo said.

At present, scientific and technological progress contributes 58.3 percent of China's gross agricultural output value, and the mechanization rate of crop cultivation and harvesting has exceeded 80 percent, according to the Ministry of Agriculture and Rural Affairs.

Han said China will speed up exchanges and cooperation with Africa on the selection and breeding of superior strains, livestock improvement as well as prevention and control of diseases and pests. 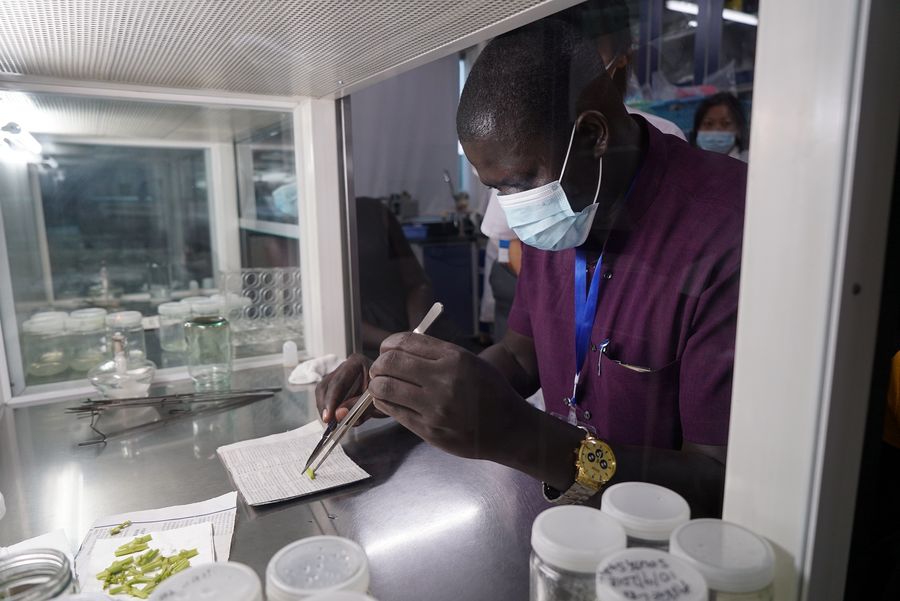 An african learner studies the technology of plant tissue cultivation at a laboratory of the Danzhou branch of the Chinese Academy of Tropical Agricultural Sciences (CATAS) in Danzhou City, south China's Hainan Province, Sept. 10, 2018. (Photo: Xinhua)

One such example is Hainan-based CATAS, China's only state-level research institute for tropical agriculture. The CATAS said its new technologies helped raise the yield of cassava, a staple crop in the Republic of Congo, from about 9 tonnes to 51 tonnes per hectare.

With a similar climate and agricultural resources to much of Africa, the southern island province of Hainan has been at the forefront of China's agricultural cooperation with Africa.

Governor Shen Xiaoming said Hainan will continue to encourage local agricultural companies to invest in and inject technologies and skilled personnel into Africa.

With advantages in tax rates and customs clearance in its pilot free trade zone, Hainan is also seeking to build an international trade center for tropical agricultural products, Shen said.