BEIJING, Nov. 26 (Xinhua) - China and Africa have stood together in success and adversity, setting an example for building a global community of shared future, according to a white paper released Friday by China's State Council Information Office. 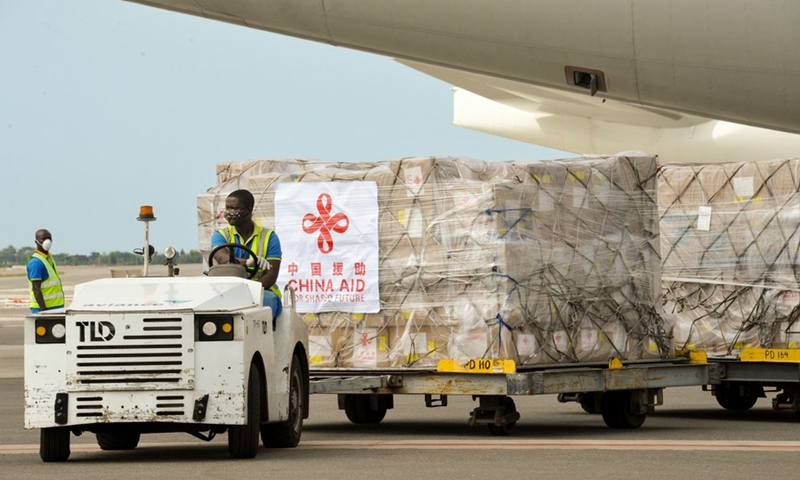 A staff member unloads Chinese medical supplies from an airplane at the Kotota International Airport in Accra, capital of Ghana, April 6, 2020. (Photo: Xinhua)

At the Beijing Summit of the Forum on China-Africa Cooperation (FOCAC) held in September 2018, the two sides decided to build an even stronger China-Africa community of shared future and lead China-Africa relations and cooperation into a new era, said the white paper titled "China and Africa in the New Era: A Partnership of Equals."

The principles of sincerity, real results, amity and good faith and the principles of pursuing the greater good and shared interests epitomize China's policy to Africa. They are the overarching guiding principles for China in building up solidarity and cooperation with developing countries, including those in Africa, the white paper explained.

Over the years, China has formed a distinctive approach to win-win cooperation with Africa, said the white paper, adding that the approach is in line with the traditional Chinese philosophy, "Do not do to others what you do not want others to do to you."

It also corresponds to the fundamental interests of African countries and the basic norms of international relations. It is a hallmark of China-Africa solidarity and cooperation and can serve as a useful reference for international cooperation with Africa, the white paper added.

Cooperation in the new era is the sure way for China and Africa to realize common development. It will lay more solid foundations for building an even stronger China-Africa community of shared future, and build up strong momentum for the rise of developing countries as a whole, and for more balanced international relations, said the white paper.