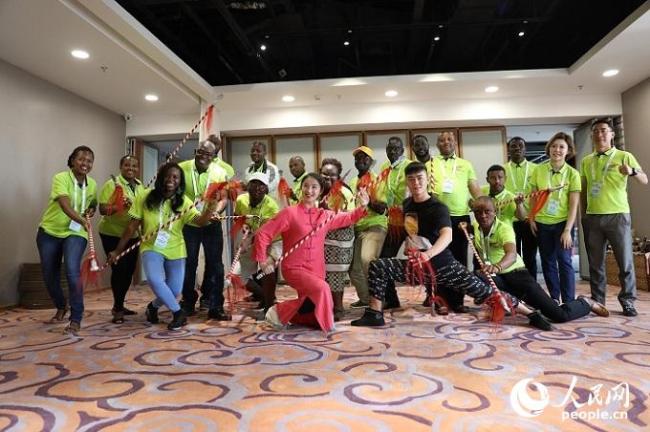 The opening ceremony was attended by 105 African delegates, who came from 54 African members of the Forum on China-Africa Cooperation (FOCAC), and 100 Chinese counterparts.

During the eight-day festival, participants will travel to both Beijing and Chengdu, capital of southwest China's Sichuan Province, visiting high-tech parks as well as scenic and historical sites, and attending symposiums held at ministries, commissions, universities and local communities.

"The festival is one of the events related to the FOCAC Summit to be held in September in Beijing. It will provide support to China and Africa to carry forward their friendship, promote practical cooperation and make the summit a success," said Dai Bing, director-general of the Department of African Affairs of China's Foreign Ministry.

The festival this year is jointly held by the Foreign Ministry, China Soong Ching Ling Foundation and the Sichuan Provincial Government.

The second festival took place in South Africa, attended by some 300 delegates from China and 53 African countries last year. The first festival was held in China in 2016.