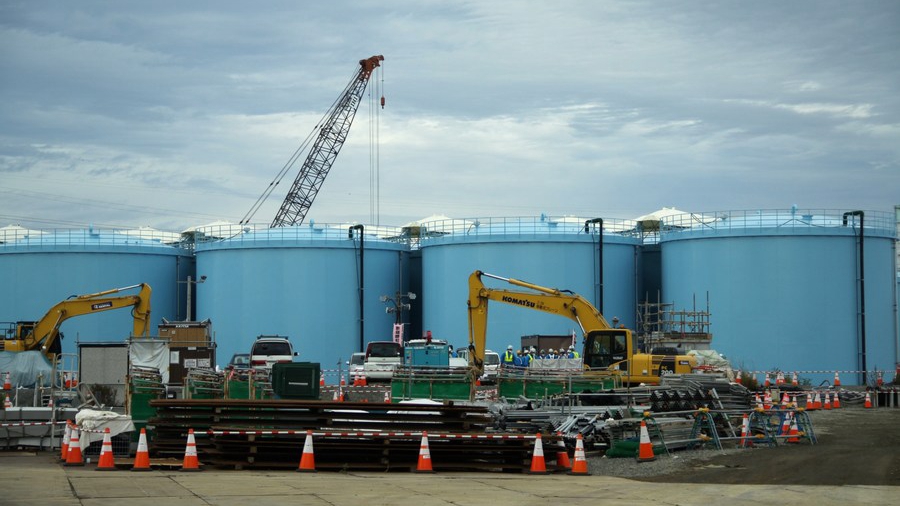 China once again urges Japan to revoke its decision to discharge contaminated water from the Fukushima nuclear plant into the ocean, Chinese Foreign Ministry spokesperson Wang Wenbin said on Thursday.

He made the remarks at a daily press briefing when asked to comment on recent reports about wastewater leakage at the Fukushima nuclear plant and fresh protests by an environmental group in South Korea against the discharge plan.

Tokyo Electric Power Company (TEPCO), the owner of the plant, found nuclear waste leakage from a storage tank at the Fukushima Daiichi Nuclear Power Plant, and the concentration of radioactive substances in the waste is 76 times higher than the standard amount, Japanese media reported on Tuesday.

In response, Wang said he had noticed multiple reports about wastewater leakage at the Fukushima plant, and seafood there was repeatedly detected with radiation levels exceeding standards.

"On the one hand, such reports expose that the nuclear waste disposal measures taken by TEPCO and the Japanese government are inadequate and have many loopholes. On the other hand, they fully demonstrate that contaminated water treatment is very complicated and has far-reaching impacts, which require a proactive, cautious and responsible attitude," Wang said.

Japan has unilaterally decided to release the Fukushima nuclear wastewater into the sea before exhausting all safe ways of disposal, without fully disclosing relevant information and consulting with neighboring countries and the international community, which is an "extremely irresponsible, selfish and rash act," Wang pointed out.

Despite being widely questioned and opposed at home and abroad, Japan insists on the plan, which is "even more wrong," he added.

"We once again urge the Japanese side to revoke the wrong decision, shoulder its due responsibilities, and return to the track of consulting and reaching agreement with all stakeholders and relevant international institutions, instead of continuing acting as a troublemaker," Wang said.