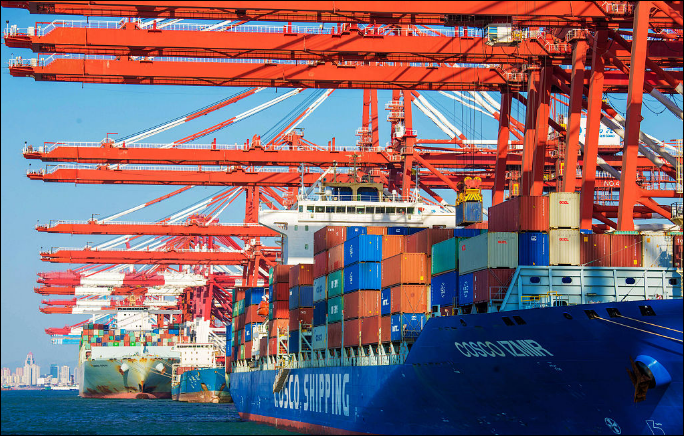 China aims to reduce logistics costs by nearly 121 billion yuan ($17.8 billion) this year, the Ministry of Transport announced on Thursday at a news conference of the State Council Information Office.

Spokesman Wu Chungeng said the ministry will unveil a string of measures not only to cut costs but to promote innovative development of the industry.

China will continue to increase railway freight volume, upgrade its water transportation system, regulate highway freight transport and speed up multimodal transport in a bid to improve its logistics network and optimize its structure, Wu said.

It will also further integrate important ports and harbors into the inland multimodal transport and logistics network, which will connect them with more railways and highways and enable improved cargo interoperability, he said.

The country will also expand the use of pilot programs to deepen reform of the administrative law enforcement system in the logistics industry to improve its efficiency; and it will streamline certain fees related to ports, highways and airports, he said. In addition, the ministry will step up its efforts to manage the effects of eliminating highway toll stations at provincial boundaries.

The ministry also called for small and medium-sized enterprises to forge alliances for common development to consolidate the fragmented logistics sector.

In recent years, China's logistics industry has been experiencing consistent growth on the back of steady economic progress and a rising domestic market. According to the National Development and Reform Commission, logistics expenditures rose 9.8 percent to 13.3 trillion yuan, amounting to 14.8 percent of last year's national GDP. The share was slightly up from the previous year.