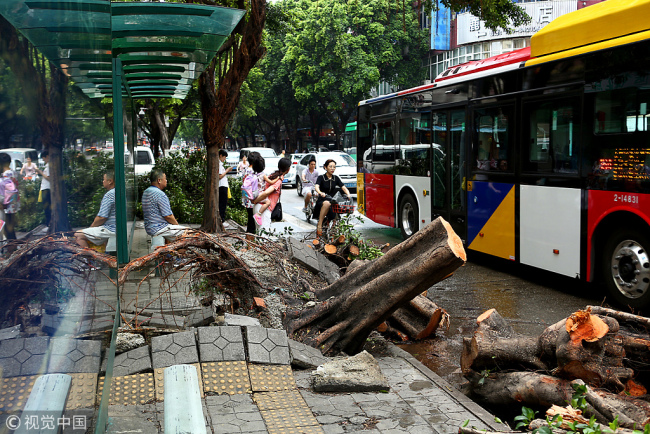 The money will be used to help local authorities rebuild infrastructure and public facilities battered by the typhoon.

Some 3 million people were affected by the super typhoon, which landed on the coastal city of Jiangmen in Guangdong on Sept. 16.