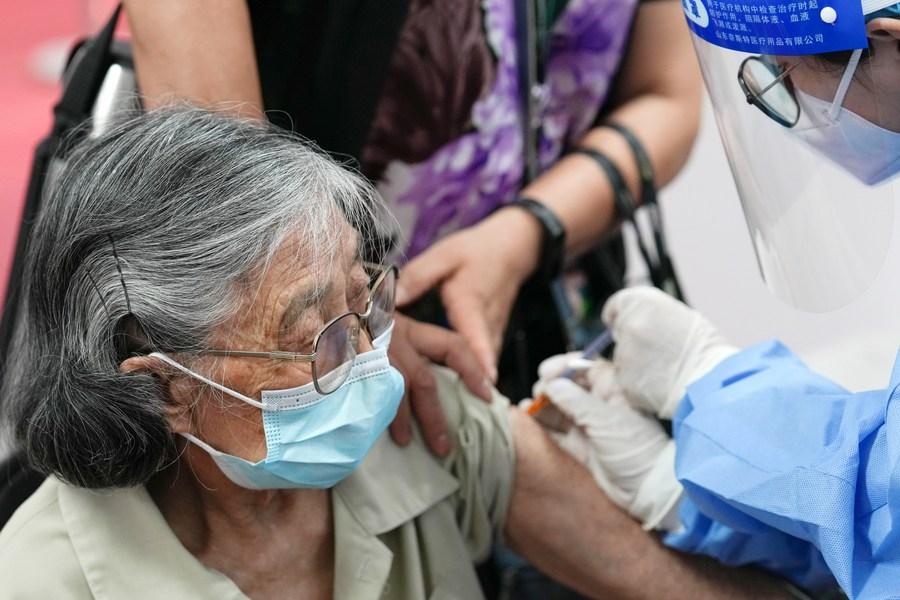 Despite the optimization of its epidemic response, one thing remains unchanged -- the principle of putting the people and their lives first that China has been upholding in its three-year fight against the unprecedented virus.

Recently, China has continuously optimized its epidemic response, given the new situation and new tasks. The Omicron variant has become far more transmissible than the previous variants but has weakened remarkably in terms of virulence. However, it still poses a threat to vulnerable groups, especially the unvaccinated elderly with underlying health conditions.

The optimization is also based on a full vaccination rate of over 90 percent for its 1.4 billion population, the improved health awareness of citizens, a correct and evolving strategy, as well as valuable experience and effective treatment methods, which have enabled the country to secure strategic outcomes in epidemic response since early 2020.

The effective epidemic response in the country owes much to its institutional strengths and people-centered philosophy. China has done its utmost to safeguard the lives and health of its people while promoting economic and social development.

According to the latest data released by the World Health Organization, there are more than 646 million confirmed cases and more than 6.63 million deaths due to COVID-19 in the world. China is among the countries with the lowest rates of severe illness and mortality.

Always putting people's lives and health first, China's epidemic response measures are science-based and effective. China has effectively coordinated epidemic response with economic and social development, with an average economic growth of 5.1 percent from 2020 to 2021, while managing to eradicate absolute poverty and realizing a moderately prosperous society in all respects -- a historic feat for the welfare of the world's most populous country.

As the virulence of the virus waned, China started to actively adapt to changes and fine-tuned its policy, rolling out 20 measures followed by 10 more, in order to achieve more targeted epidemic response and accelerate economic recovery.

With targeted response measures in place, efforts have also been made to ensure people's livelihood and resume business activities. Particularly, the country is organizing medical staff to provide as much convenience as possible and to further enhance COVID-19 vaccination for advanced-age people for better protection of them.

Meanwhile, comprehensive efforts are made to ensure the availability of clinics and medications for people affected by the virus, highlighting the principle of putting people and their health first.

No matter how the strategies and measures vary, the basics that will never change are China's people-centered philosophy and the resolution to protect people's lives and health, while minimizing the impact of COVID-19 on economic and social development.