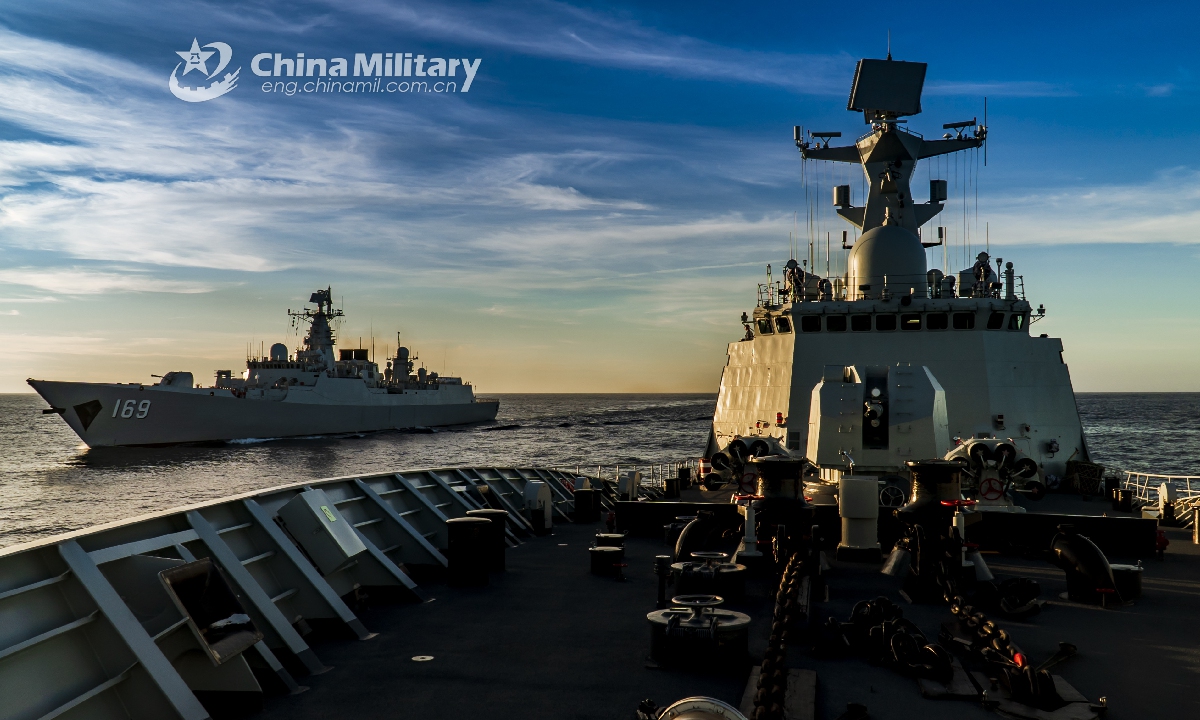 The guided-missile frigate Hengyang (Hull 568) and the guided-missile destroyer Wuhan (Hull 169) attached to a destroyer flotilla with the navy under the PLA Southern Theater Command steam alongside with each other during a maritime maneuver operation in waters of the South China Sea on June 18, 2020. (Photo: eng.chinnmil.com.cn)

After the approval of China's new amendment to the country's national defense law, China is expected to make itself heard more on global justice in addition to its own, and will play a unique role in safeguarding world peace at a time when evil forces are ravaging, Chinese experts said on Sunday.

China's newly amended national defense law will come to effect on the first day of 2021 after it was approved at a session of the Standing Committee of the National People's Congress, China's top legislature, on Saturday, the Xinhua News Agency reported the same day.

When introducing the latest law revision, an official at the legislative bureau under China's Central Military Commission (CMC) stressed that it shows the sense of justice of China's national defense by explicitly stating that China follows a national defense policy that is defensive in nature and that will actively push for international military exchanges and cooperation. It safeguards world peace and opposes acts of invasion and expansion, Xinhua reported.

This reflects China's consistent belief that it loves peace and opposes war, the unnamed official said.

The new amendment puts stress on embodying the sense of justice of China's national defense, which indicates that China will make itself heard in terms of global justice, particularly in opposing acts of invasion and expansion by regional and global hegemonies, in addition to safeguarding China's own sovereignty, security and development interests, Song Zhongping, a Chinese military expert and TV commentator, told the Global Times on Sunday.

With the egoistic hegemonies conspiring and making actions and an increased existence of terrorism, secessionism and nationalism, today's world is not peaceful and needs China to play a unique role in making sound justice, Song said.

It has become necessary for China to boost its national defense capabilities, including the capabilities to use them overseas for just causes, Song said, noting that this will enable China to shoulder its necessary responsibility in regional and global security.

Other changes to the law include adjustments to the function and power of national organizations, enrichment of missions and the development goals of armed forces, designation of defense policies in major security fields based on the needs of activities and interests in new security fields, and additions to policies in foreign military relations, Xinhua reported.