China among safest places on Earth 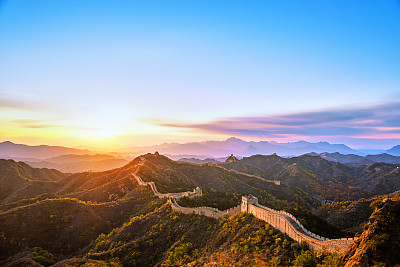 China is among the countries with the lowest gun crime rate, with only 58 cases in 2017, a public security official said Thursday.

Police in China have seized 1.01 million illegal guns and 56.61 million bullets in the past five years, Li Jingsheng, an official with the Ministry of Public Security, said at a press conference in Beijing on Thursday. The number of gun crimes dropped from 311 in 2012 to 58 in 2017, he said.The figure places China among those countries with the lowest gun crime rates, Li said at the conference. "China is among the safest places in the world," he said.More than 100,000 people are shot every year in the US, and more than 30,000 Americans are killed by guns each year. About two-thirds are suicides, the UK-based Guardian reported in October. China's laws and regulations on guns are among the toughest in the world, Ruan Qilin, a professor at the China University of Political Science and Law in Beijing, told the Global Times on Thursday. Police always prioritize gun cases in their work, he noted.Strict management of guns and explosives, together with high-profile campaigns, contribute to China's high economic growth and social stability, Li said.China's Criminal Law states that it is illegal to manufacture, possess, transport or trade guns. The death penalty applies in the most serious cases.China will campaign against guns and explosives crimes across the country to the end of 2019, according to the ministry website. The new campaign will focus on online gun trading, Li said. Nearly 80 percent of illegal gun trading and manufacturing cases are conducted via the internet. Internet companies should review and supervise gun-related information on their websites, and public security officials should order those who refuse to fulfill their security responsibilities to rectify their behavior, Zhang Hongye, deputy director of the ministry's cyber security defense bureau, said at the Thursday conference. In the Ninth Amendment to the Criminal Law enacted in November 2015, those who use the internet to spread gun trading information or shield others spreading such information, face a maximum three years in prison.The crackdown will target the manufacture and sale of guns and explosives in China and the smuggling of related goods from other countries, said Minister of Public Security Zhao Kezhi.The campaign, together with a gang crime campaign, will bring the country's war against gun crime to a climax, said Ruan, the professor. Gangs are the highest-risk groups for gun crimes, he noted.In the latest move, about 250 guns and knives were seized in a provincial crackdown on gang crime in November, Zhejiang police said Monday.