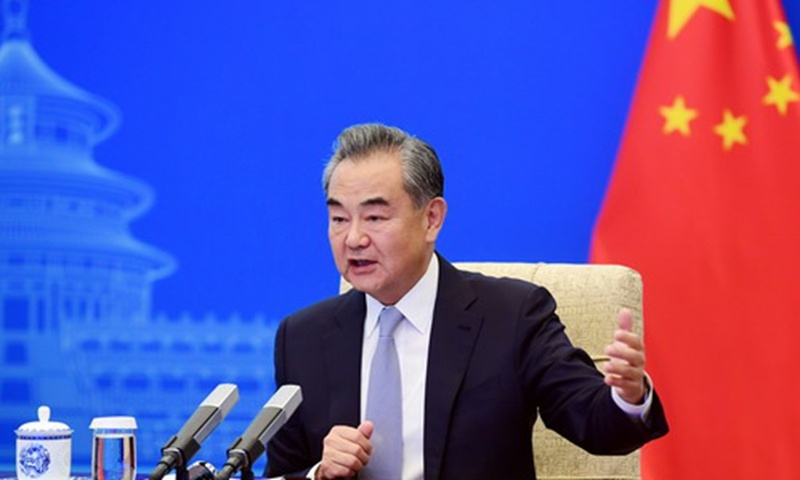 China and New Zealand should use their upgraded free trade agreement to speed up hammering down specific cooperation on the Belt and Road Initiative (BRI) and push forward bilateral collaboration, Chinese State Councilor and Foreign Minister, Wang Yi, said during a video conference with his New Zealand counterpart on Tuesday.

Wang also said that the two countries should work out specific cooperation on the BRI and expand collaboration on the development of a clean economy, as well as scientific innovation.

China's ties with New Zealand's neighboring Australia have been frayed since Canberra defiantly attacked Beijing at every front, including the origins of COVID-19 and the economy, among other issues. The Australian government in April tore up the BRI deal signed with China. Later in May, China's top planner announced that it is suspending indefinitely all activities under the China-Australia Strategic Economic Dialogue.

Some analysts suggested that, with Australia continuously sabotaging bilateral relations, New Zealand has the full capability to "fill the demand gap" amid growing consumption from the Chinese middle class of imported quality products like wine, beef and dairy products.

During the video conference, Wang also mentioned that he hopes New Zealand will protect legal rights of Chinese and other overseas companies in the country. He also welcomed New Zealand athletes to participate in the Beijing 2022 Winter Olympic Games.

Mahuta congratulated China on its achievements on poverty relief, sustainable development and containing COVID-19, as the Communist Party of China celebrates its 100th anniversary. She said that New Zealand opposes politicalizing the pandemic and is willing to hold talks with China on issues regarding island countries of the Pacific.

Wang also noted that the international society needs cooperation more than ever. China is willing to talk with New Zealand on climate change topics and urged all sides to expand the scope of the investigation on the origins of coronavirus under the spirit of science.

The Chinese foreign minister said that people of a country are the best to judge if human rights are protected and democracy is promoted. Countries can exchange opinions on human rights and democracy issues, yet such dialogue should be based on equal and mutual respect instead of a presumption of guilt, said Wang, noting that China hopes to communicate with New Zealand on those issues.