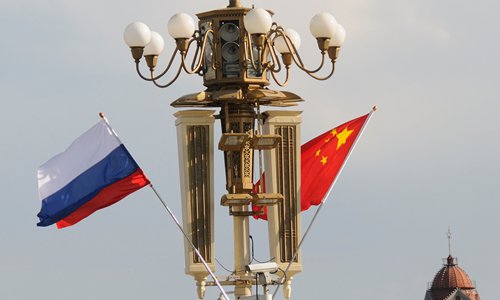 China and Russia are expected to reach a number of deals when Chinese Premier Li Keqiang visits Russia next week, Gao Feng, spokesperson of China's Ministry of Commerce (MOFCOM) said on Thursday.

"The trade cooperation of the two countries is speeding up, and continues to strive for high-quality development," Gao said.

Li will visit Russia from Monday to Thursday, the Chinese Foreign Ministry announced earlier, and it is widely believed that his visit will further strengthen and broaden the China-Russia strategic partnership.

In the first eight months of the year, bilateral trade stood at $70 billion, 4.5 percent higher than last year.

Chinese investment has quickly increased, Gao said, adding the field has expanded from the traditional agri-cultural industry to auto, home appliances and food pro-cessing, and the methods of investing have turned to M&As or setting up funds.

He said the China-Russia gas pipeline is expected to begin operating at the end of the year, and the agricul-tural cooperation is also working smoothly.

Some 4,431.60 tons of Russian soybeans were cleared by Chinese customs after inspection and quarantine last month, Nanjing customs announced on its WeChat ac-count.

This was the first batch of Russian soybeans to China since it approved soybean imports from Russia in late July.