China has announced a number of ambitious plans for the country's commercial space sector at the seventh China Commercial Aerospace Forum that opened in Wuhan, Central China's Hubei Province, on Thursday. 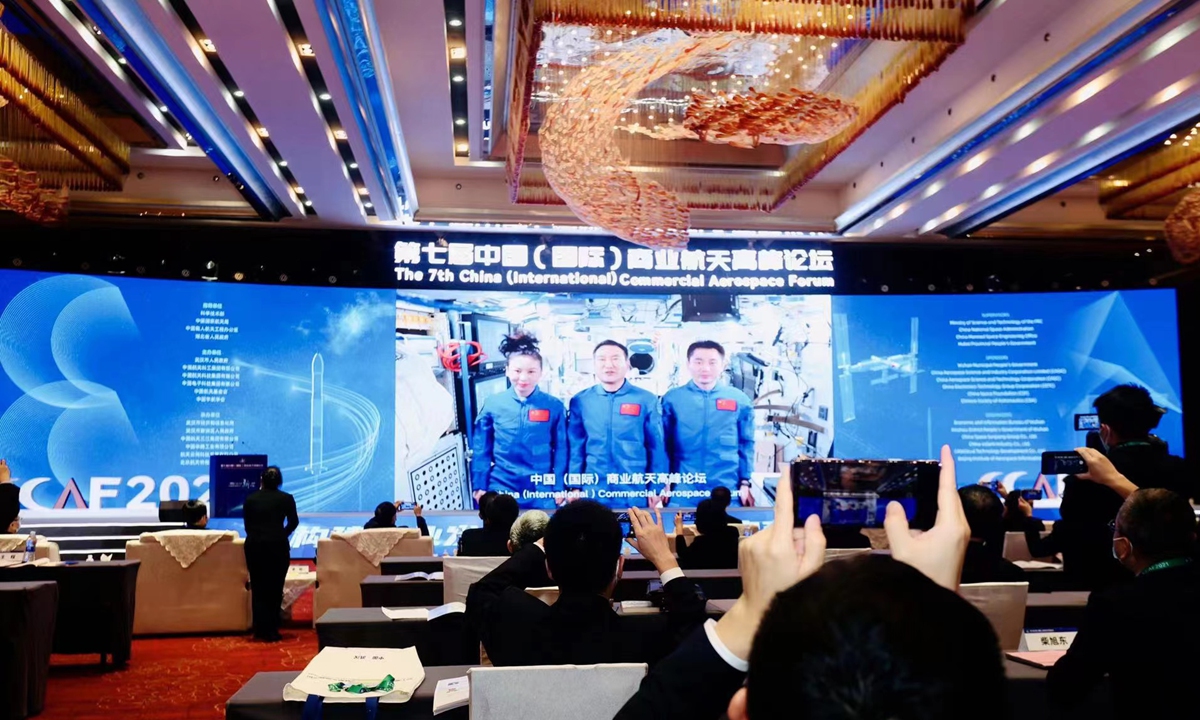 Some of the highlights include the rollout of a new remote sensing constellation scheme, the next-stage layout for China's space-borne Internet-of-Things (IoT) project, and arrangements for the Kuaizhou 1A launch vehicle for commercial spaceflights.

Once put into use, it will significantly improve the usability of satellite remote sensing technology, enabling it to support national defense, emergency response, social governance and other fields, the Global Times learned from CASIC on Thursday.

China's new-generation IoT project codenamed Xingyun-2, which is to consist of 80 satellites aimed at providing a solution to the current "communication blind spots," was also exhibited at the event as a key CASIC project.

The first stage of construction has basically been completed this year with the launch of two Xingyun-2 satellites that verified a number of core technologies and ran test trials in various application fields.

For the second phase, preparations for the first six satellites are underway in an orderly manner, and a total of 12 satellites in this phase are expected to be launched by 2022, the Global Times has learned.

After the second phase is completed, China and its surrounding regions can receive satellite communication service every 30 minutes, providing users with space-borne IoT services and solutions covering over ten applications.

The progress would mark a major leap from "test run" to "practical use" of the project, developers said.

The forum has also elaborated on the arrangements for the Kuaizhou 1A carrier rocket, which, on the same day of the event, blasted off from the Jiuquan Satellite Launch Center and successfully placed an experimental satellite into preset orbit.

The Kuaizhou 1A is a low-cost solid-fuelled carrier rocket with high reliability and short preparation period and is designed to launch low-orbit satellites weighing under 300 kilograms.

Since its debut in January 2017, the rocket has conducted 11 commercial flight missions, sending 21 satellites into orbit. Amid an intensive launch period in about six months from September 2021, it is set to complete 10 launches.

The Shenzhou-13 flight crew sent their best wishes to the forum on Thursday morning, noting that the forum has provided an efficient communication platform for commercial space practitioners.