China's Ministry of Commerce (MOC) announced Tuesday that it will impose provisional anti-dumping measures on grain sorghum imported from the United States.

A preliminary ruling by the MOC found that US companies had dumped grain sorghum on the Chinese market, and such imports had caused substantial damage to the domestic industry.

Starting on Wednesday, importers of the product will be required to pay deposits with Chinese customs calculated based on a rate of 178.6 percent, according to the ministry.

Data from the MOC showed US sorghum exports to China surged from 317,000 tons in 2013 to 4.76 million tons in 2017, while export prices have slumped 31 percent during the period, which led to a fall in domestic prices that hurt local industries.

Wang Hejun, head of the ministry's trade remedy and investigation bureau, said the decision is in accordance with Chinese laws and WTO rules, and is aimed at correcting unfair practices to maintain a healthy trade order.

"China has always opposed abuses of trade remedy measures... China is willing to expand cooperation with the US side to reduce disagreements in the trade field," Wang said. 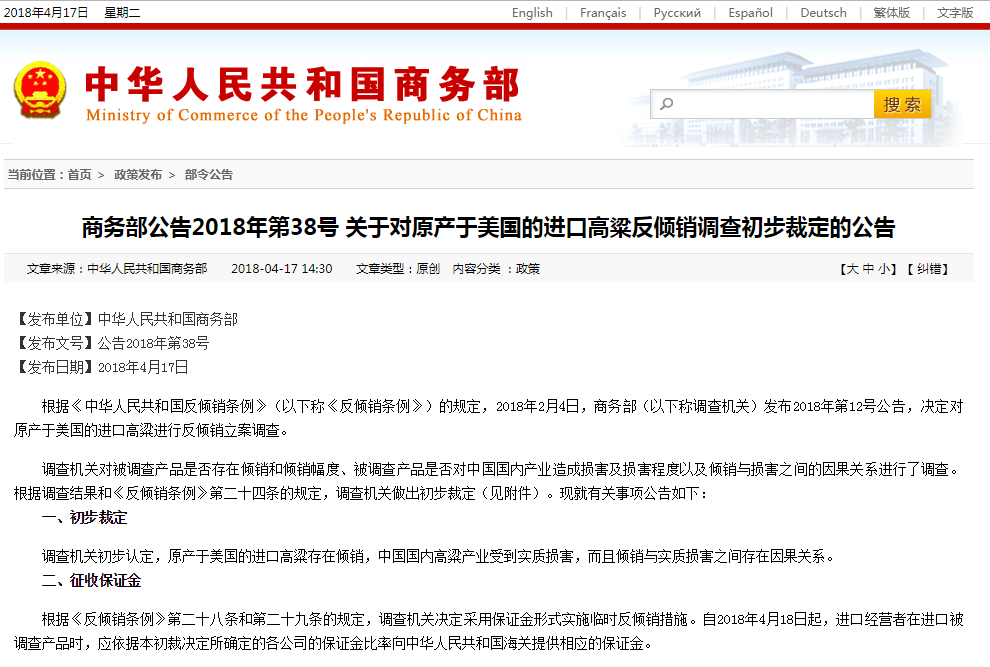