BEIJING, Jan. 8 (Xinhua) -- China will introduce a series of reform measures to boost innovation, according to a circular issued by the General Office of the State Council. 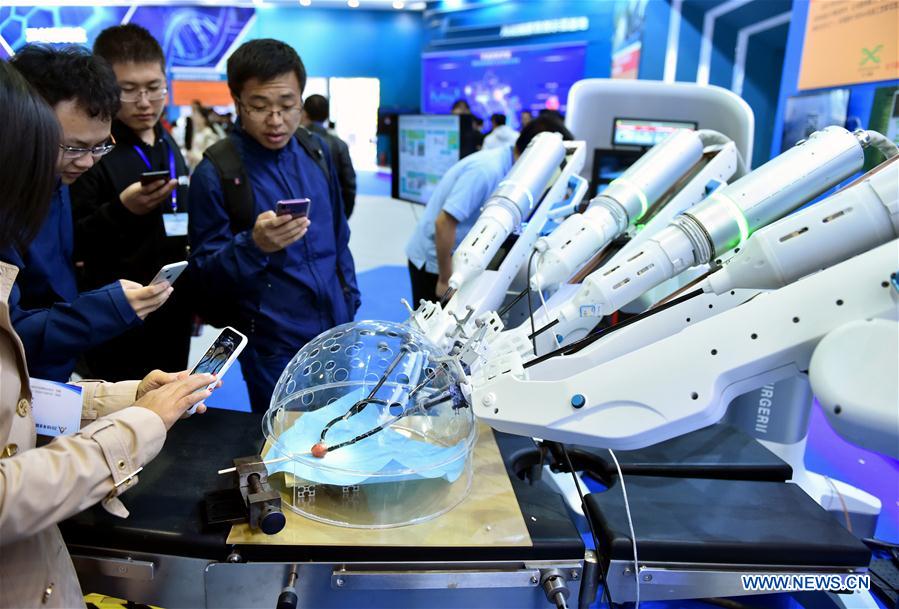 Visitors watch a robot performing a surgery during the 2018 National Mass Innovation and Entrepreneurship Week in Beijing, capital of China, Oct. 9, 2018. (Photo: Xinhua)

Measures will be carried out to strengthen intellectual property right (IPR) protection, including encouraging fast-track trials in IPR cases, according to the circular.

"The transformation of scientific and technological achievements will be accelerated through several incentives and measures, and financial instruments will be improved to better serve science and technology innovation," the circular said.

"The measures are also expected to provide more favorable circumstances for innovation by improving the management system regarding scientific and technological researches."

The measures are set to be launched in eight areas including the Beijing-Tianjin-Hebei region, Shanghai and the Pearl River Delta, and then rolled-out across the country.

They are the second batch of innovation measures announced by the State Council General Office, which issued a circular including 13 reform measures in September 2017.