Wang made the remarks during a meeting with Emmanuel Bonne, diplomatic counselor to Macron, in New York on the sidelines of the ongoing 77th session of the United Nations General Assembly (UNGA).

Bonne briefed Wang on the viewpoints related to the Ukraine crisis that Macron stated while addressing the UNGA the previous day. Bonne said the French side attaches great importance to the security and stability as well as the restoration of peace in Europe, and is ready to maintain high-level exchanges with China, enhancing communication and coordination while jointly striving for an end to the conflict and the promotion of reconciliation. 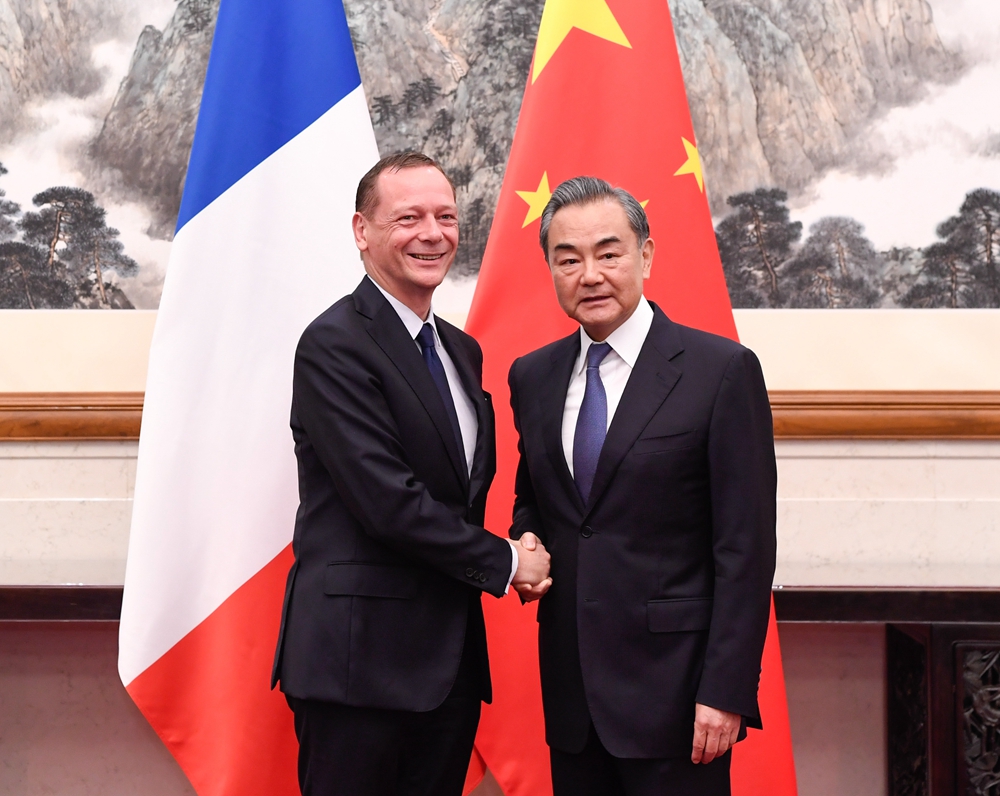 Wang said the Chinese side appreciates Macron for publicly expressing again France's opposition to a "new Cold War," bloc confrontation as well as the division of the world. China supports France's active effort to broker peace.

China advocates for safeguarding the national sovereignty and territorial integrity of all countries, and abiding by the purposes and principles of the UN Charter, Wang said.

Noting that China and France are both committed to peace, Wang said the two countries share the expectation that a ceasefire and end to war can be achieved as soon as possible through peace talks.

In the face of the current crisis, it is necessary that the two countries speak with one voice and shoulder the responsibilities undertaken by permanent members of the UN Security Council, Wang said.