BEIJING, Aug. 12 (Xinhua) -- China expresses appreciation of the active efforts made by Pakistan in investigating the Dasu terrorist attack, according to a foreign ministry spokesperson Thursday. 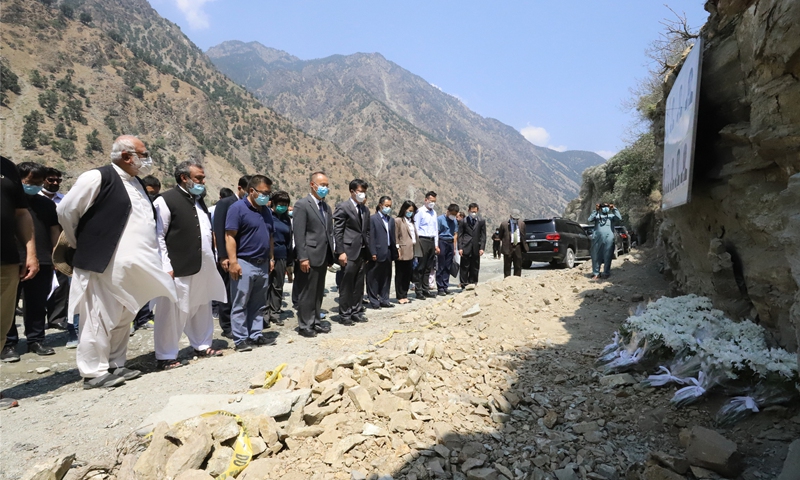 Spokesperson Hua Chunying made the remarks after the Pakistani government offered updates on the investigation into the case of the Dasu terrorist attack at a media briefing Thursday.

Hua said that the Pakistani side's investigation into the terrorist attack has seen major progress within a short period of time. "China pays great attention to this and expresses appreciation to Pakistan's active efforts."

China and Pakistan will follow the important consensus reached by the leaders of the two countries, ascertain all the facts and truth, and hold the culprits accountable and bring them to justice, Hua said.

In the meanwhile, both countries will keep strengthening security cooperation mechanisms to ensure the safety of Chinese projects, people and institutions in Pakistan, she added.

Hua said terrorism is the common enemy of all mankind. "China firmly opposes any force using terrorism to seek geopolitical gains and calls on countries in the region to collaborate in eradicating all terrorist organizations so as to uphold common security and development interests of all countries."