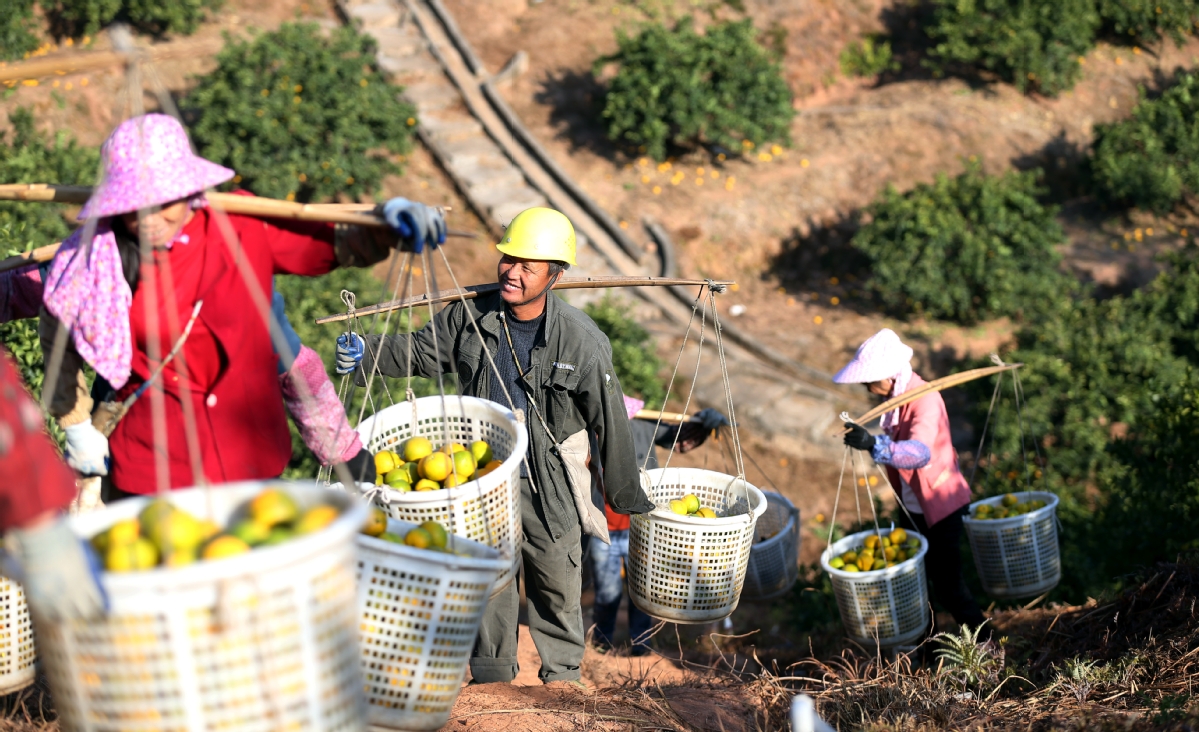 BEIJING, March 31 (Xinhua) -- China's central government has approved a fiscal budget of 156.1 billion yuan (about 23.75 billion U.S. dollars) to facilitate the synergy of consolidating poverty alleviation outcomes and promoting rural vitalization in 2021, according to the country's finance ministry on Wednesday.

The funds are 10 billion yuan more than those allocated for poverty alleviation purposes last year, according to the ministry.

They should be used with a focus on certain aspects such as monitoring to prevent a return to poverty and facilitating the employment and growing incomes of the people that have been lifted out of poverty, according to a guideline jointly issued on Wednesday by six departments including the Ministry of Finance and the National Development and Reform Commission.

The proportion of funds allocated to support the growth of advantageous industries in less developed regions will be increased year by year, the guideline read.

Five tasks on which the funds should be spent and evaluation approaches are also outlined in the document.