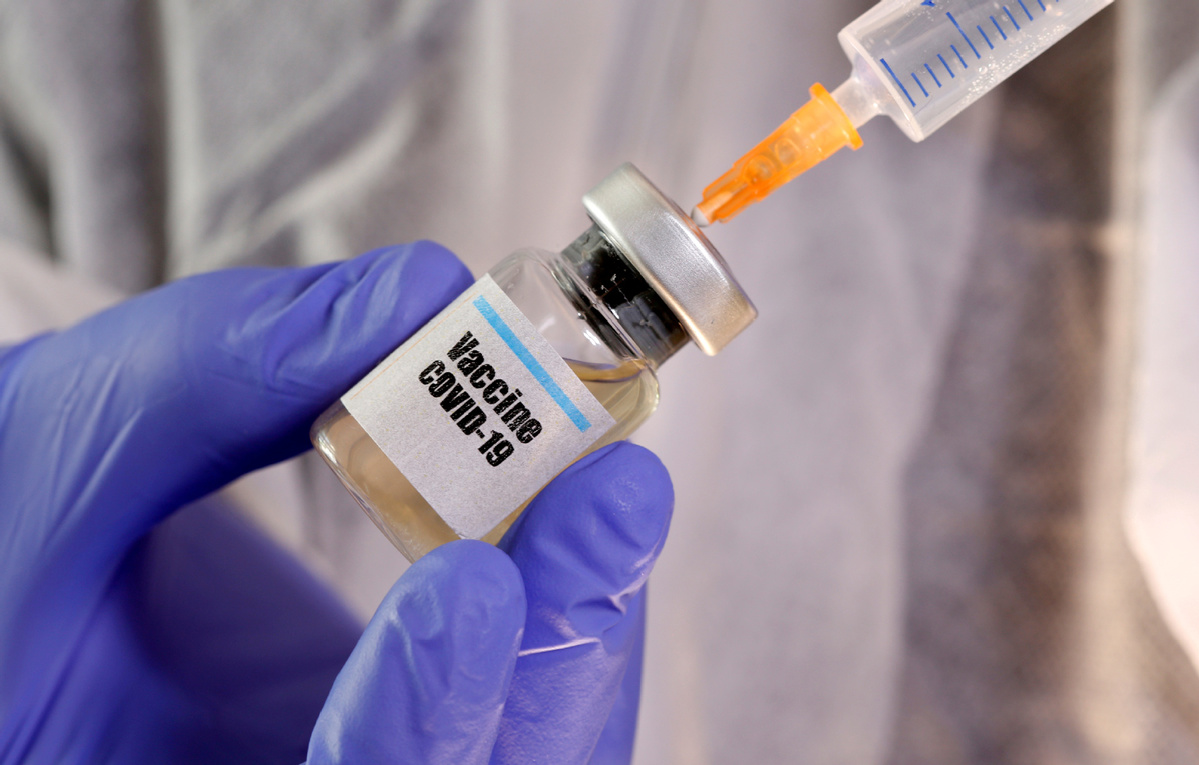 A woman holds a small bottle labeled with a "Vaccine COVID-19" sticker and a medical syringe in this illustration taken on April 10, 2020. (Photo: agencies)

China has granted its first COVID-19 vaccine patent to the adenovirus vector vaccine developed by Chen Wei of the Academy of Military Medical Sciences and Chinese biotech company CanSino Biologics, according to the National Intellectual Property Administration.

The patent was submitted for application on March 18, and was approved on Aug 11, according to the patent document.

The vaccine, dubbed "Ad5-nCoV", uses a weakened common cold virus to introduce genetic material from the novel coronavirus into the human body. The goal is to train the body to produce antibodies that recognize the coronavirus’s spike protein and fight it off.

The phase-two clinical trial of the vaccine has found it is safe and can induce an immune response, according to research published in the journal Lancet last month. The phase-three clinical trial, which will include more participants and be conducted overseas, is currently in the pipeline.

Experts have called adenovirus vector vaccine a promising technique for its safety and potency against COVID-19 based on current evidence, as well as its potential in mass production. The United Kingdom and Russia are also working on a vaccine candidate using this kind of technology.

However, many pressing questions regarding the vaccine candidate remain, such as the longevity of the protection, the appropriate dosage to trigger a strong immune response, and whether there are host-specific differences. These questions will be probed in the larger scale phase-three trials.

Another caveat is that with the vector for the vaccine being a common cold virus, people may have preexisting immunity that kills the viral carrier before the vaccine can take effect, which could partially hamper the immune responses.

Compared with younger people, older participants generally had significantly lower immune responses, the Lancet study found. As a result, elderly people might require an additional dose to induce a stronger immune response, but further research would be needed to evaluate this approach.