CHINA China-ASEAN Expo to be held online, offline in September

China-ASEAN Expo to be held online, offline in September 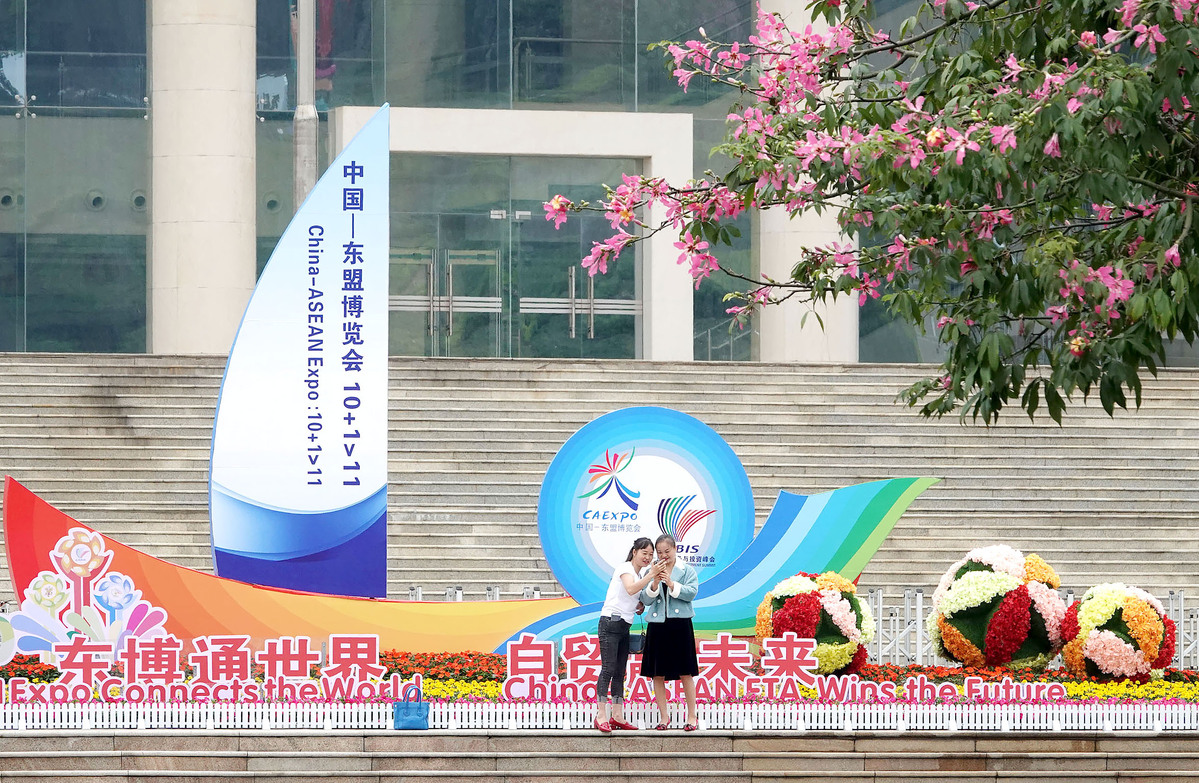 Pedestrians take photographs of a decoration for the 17th China-ASEAN Expo in Nanning, capital of the Guangxi Zhuang autonomous region. (Photo: China Daily)

This year marks the 30th anniversary of dialogue relations between China and the Association of Southeast Asian Nations (ASEAN). This year's expo will help expand the platform functions of the expo. It will also further serve the construction of the Belt and Road Initiative and the Regional Comprehensive Economic Partnership (RCEP).

The expo will have an exhibition area of 124,000 square meters and hold exchange activities in economy and trade, science and technology, and the digital economy and health, said Wang Lei, secretary-general of the China-ASEAN Expo Secretariat.

In 2020, trade between China and the ASEAN reached 684.6 billion U.S. dollars, bucking the trend to post a year-on-year increase of nearly 6.7 percent. The ASEAN remained China's largest trading partner, demonstrating the massive potential and strong resilience of China-ASEAN economic and trade cooperation, said Wei Yan, an official with the Ministry of Commerce.

Yang Zhuo, another commerce ministry official, advised to focus on development opportunities of the RCEP and expand and deepen cooperation in fields including health, new business models, and technological innovation.

Total two-way investment between China and ASEAN reached 22.31 billion U.S. dollars in 2020, according to Yang.