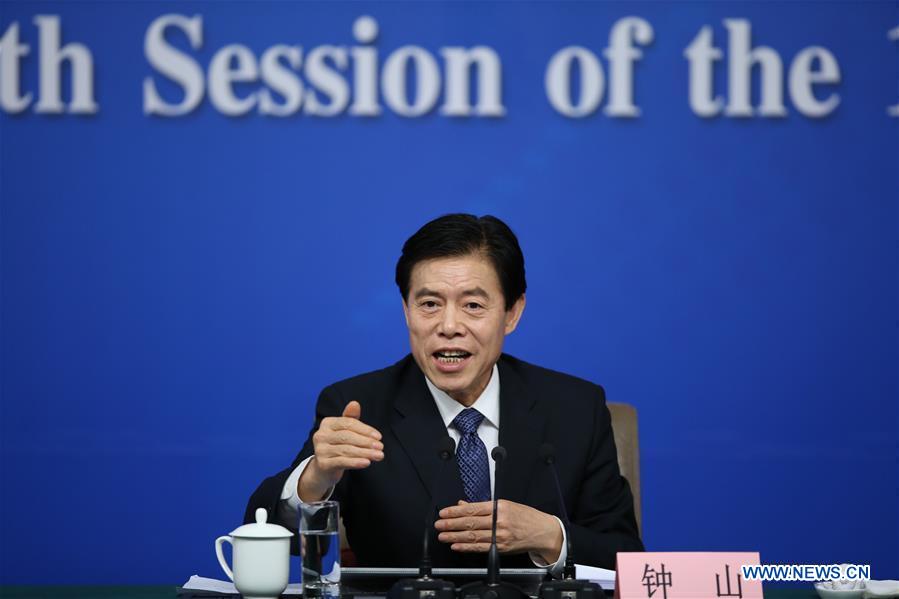 China on Saturday encouraged the members of the World Trade Organization (WTO) to safeguard multilateral trade and jointly build an open global economy.

Speaking to a round table on China's program for less developed countries known as the "China Program" during a WTO summit in Buenos Aires, Chinese Commerce Minister Zhong Shan said that China will promote the creation of a new configuration of integral opening-up, firmly support the multilateral trade regime and encourage the construction of a global open economy.

He added that the elimination of poverty is a joint mission for humanity and that WTO members had to make joint efforts to achieve the UN's 2030 Agenda for Sustainable Development. This would see priority being given to less developed countries and those living in extreme poverty to create well being for all peoples.

The Chinese minister pointed to the fact that the multilateral trade system is an important safeguard for common prosperity. He said it offered a guarantee to less developed countries that, once they boosted their development capacity, they would integrated global value chains and achieve sustainable development.

Speaking about the "China Program," Zhong indicated that "China boosts less developed countries to join the WTO and asks for multi-directional help from all parties."

He added that six less developed countries had joined the WTO in the last five years, showing the importance of Chinese contributions to multilateral trade.