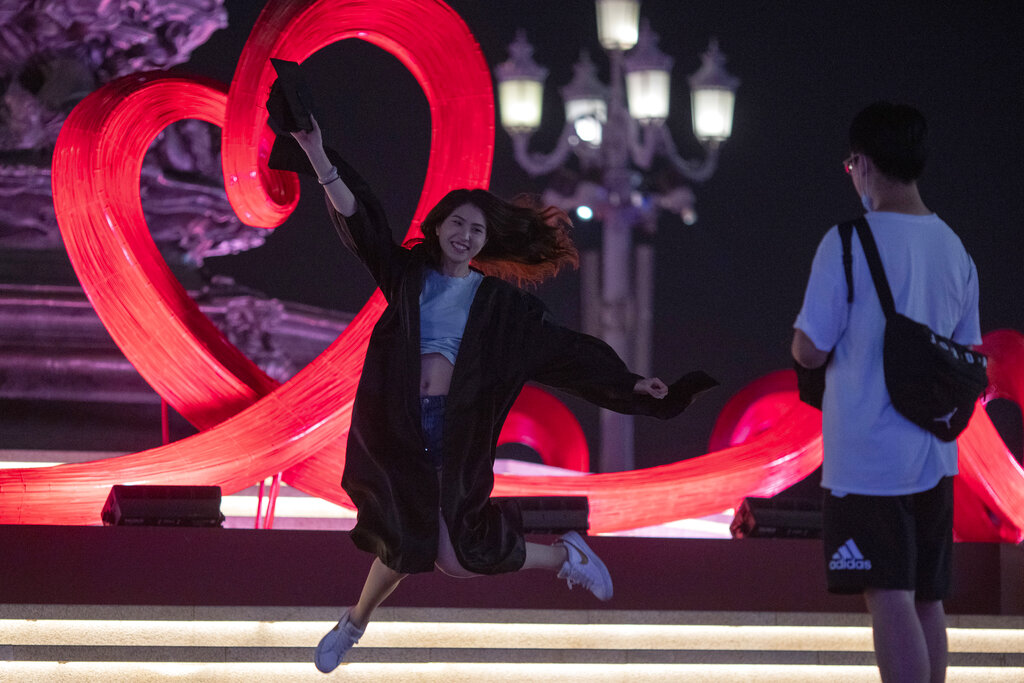 A woman jumps for a photo near a fountain with heart-shaped ribbon sculpture in Beijing, China, Sunday, Aug. 8, 2021. (Photo: AP)

BEIJING, Aug. 13 (Xinhua) -- China is at a "low risk" of developing a nationwide, large-scale COVID-19 outbreak, as the recent resurgence of the epidemic since late July has been generally under control, a health official said on Friday.

As of Thursday, over 1,280 locally transmitted cases had been reported in 48 cities across 18 provincial-level regions. Among the cities, 36 have reported no new cases for more than five consecutive days, said He Qinghua, an official with the National Health Commission, at a press conference held in Beijing.