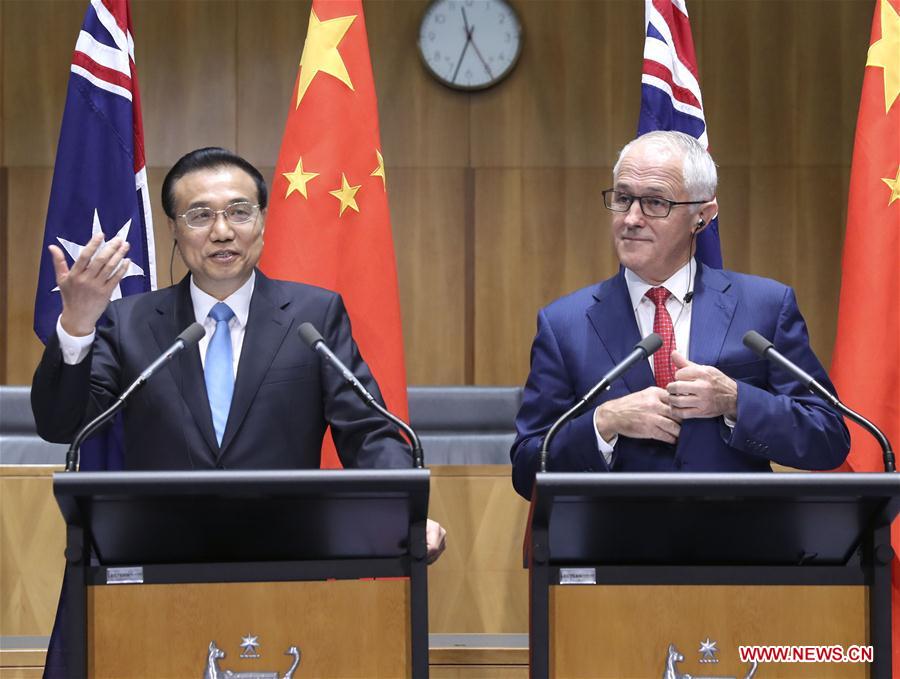 The China-Australia formal diplomatic relationship was established 45 years ago, on December 21 1972, but unfortunately today the bilateral relationship is facing problems due to the hyping up of populism by some Aussie politicians for their political interests, experts say.However, the bilateral relationship should not be damaged too greatly as both countries are mutually reliant and have strong people-to-people ties. Given time, the Australian government will become aware of its mistake and make necessary adjustments, Yu Lei, a research fellow at the Oceania Research Center of Sun Yat-sen University, told the Global Times.On Thursday, Australian media broadcaster SBS published on its website an article titled "The dragon and the kangaroo: 45 years of Australia-China relations", which expressed concerns that bilateral ties with China will worsen in the future."The latest downturn follows ASIO [Australian Security Intelligence Organization] warnings and a string of media reports about Chinese government-sponsored interference in Australia's political and domestic sphere; and the Chinese government's angry reaction to Australia's new anti-foreign agent laws, in which Beijing was singled out by the Prime Minister for particular censure," the article read."It remains uncertain whether Beijing will take any retaliatory economic action like it did with South Korea recently, squeezing its tourism industry," the article further said.This is not really possible as Australia and South Korea differ greatly in economic systems, said Yu. "Australia is an exporter of resources and South Korea is not, so the policy toward South Korea cannot be applied to Australia, and the behavior exhibited by the media and Australian politicians' served the domestic election but now the election is over. Prime Minister Malcolm Turnbull's policy on China is not formed yet." "A strong response has yet to come from the Chinese government, meaning that China wants to contain and solve the problem with a low profile," said Xu Liping, a senior research fellow at the Chinese Academy of Social Sciences.The Australian government should see China's sincerity and tolerance, and control those in media who irresponsibly spreads prejudice and anti-Chinese sentiment, Xu said.  "Even if the Australian government refuses to stop anti-China propaganda, China's response should start from the private sector, which can serve as a hint to Australia, and would make it easier to control negative impacts," Yu stated.The basis of the bilateral tiesTwo years after first coming into effect, the China-Australia Free Trade Agreement (ChAFTA) is continuing to deliver great benefits to both nations, said Australia's Trade Minister Steven Ciobo, the Xinhua News Agency reported on Thursday. Commenting on the success of the ChAFTA in a media release published late Wednesday, Ciobo said Australian exports to China rose to record levels in 2016-2017, with wine and skincare products doing particularly well. The "Removal or reduction of Chinese tariffs has strengthened our export numbers (to China)… Australia's goods and services exports to China rose 25 percent in 2016-17 to a record 110 billion Australian dollars ($84.3 billion)," Ciobo said. In the first nine months in 2017, exports of Australian bottled wine grew 61 percent to 498 million Australian dollars, skincare products rose 48 percent to 30.7 million Australian dollars, and refined unwrought lead increased 15-fold to 434 million Australian dollars, compared with the same period in 2016.Ciobo said recent positive results should hold strong as tariffs continue to be reduced between the two nations. He said fresh products such as seafood and fruit imports would be cheaper for Chinese businesses, while wine and skincare products are expected to become even more popular as their tariffs are slashed. The ChAFTA first came into force on December 20, 2015 after more than a decade of negotiations.