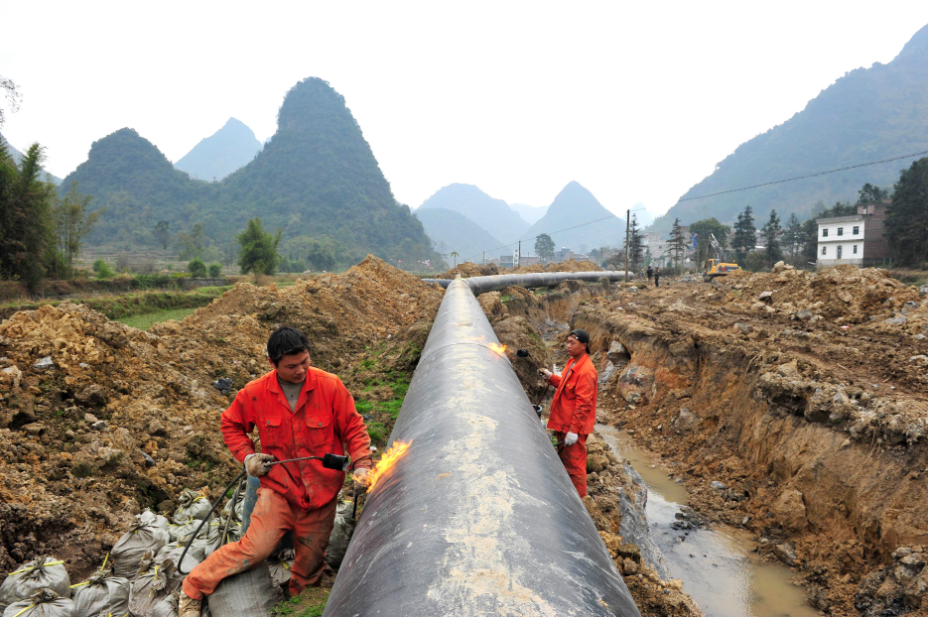 DHAKA, Oct. 29 (Xinhua) -- The Bangladeshi government signed a framework agreement with China on Sunday for construction of a 220-km pipeline to carry oil from tankers in the Bay of Bengal to storage plants on the mainland.

The project is aimed to make a balance between the demand and supply of the country's energy need and ensure energy security of the country, they said, adding it will also reduce the system loss during import of refined and non-refined fuel.

The ERD said this is one of the 27 projects for which memorandum of understandings were signed between the two governments in October last year.

Bangladeshi State Minister for Power and Energy, who witnessed the signing ceremony on Sunday, said the new infrastructure will help the country to expedite the entire process and save about 1 billion taka (about 12.5 million U.S. dollars) a year in reduced vessel fare and operational loss.

According to project details, a diesel and crude oil storage tank will be set up at Moheshkhali Island on the Bay of Bengal in Bangladeshi Cox's Bazar district. Officials said the project cost stands at 54.26 billion taka (about 694 million U.S. dollars).

The project is expected to have an annual unloading capacity of 9 million tonnes.

Under the project, BPC officials said the Chinese firm will build 146-km offshore pipeline and 74-km onshore pipeline to carry imported oil from sea to a refinery in Chittagong district, some 242 km southeast of Dhaka, for processing.

The project was launched as Bangladesh is not capable of handling large vessels carrying imported crude and finished oil, due to low navigability of a key river channel and constrained facilities at the main seaport in Chittagong.

According to the officials, large tankers anchor at deep sea and smaller ships unload them, taking lots of time and causing systematic losses for the government. Enditem