CHINA China battle back to grab win against Germany

China battle back to grab win against Germany 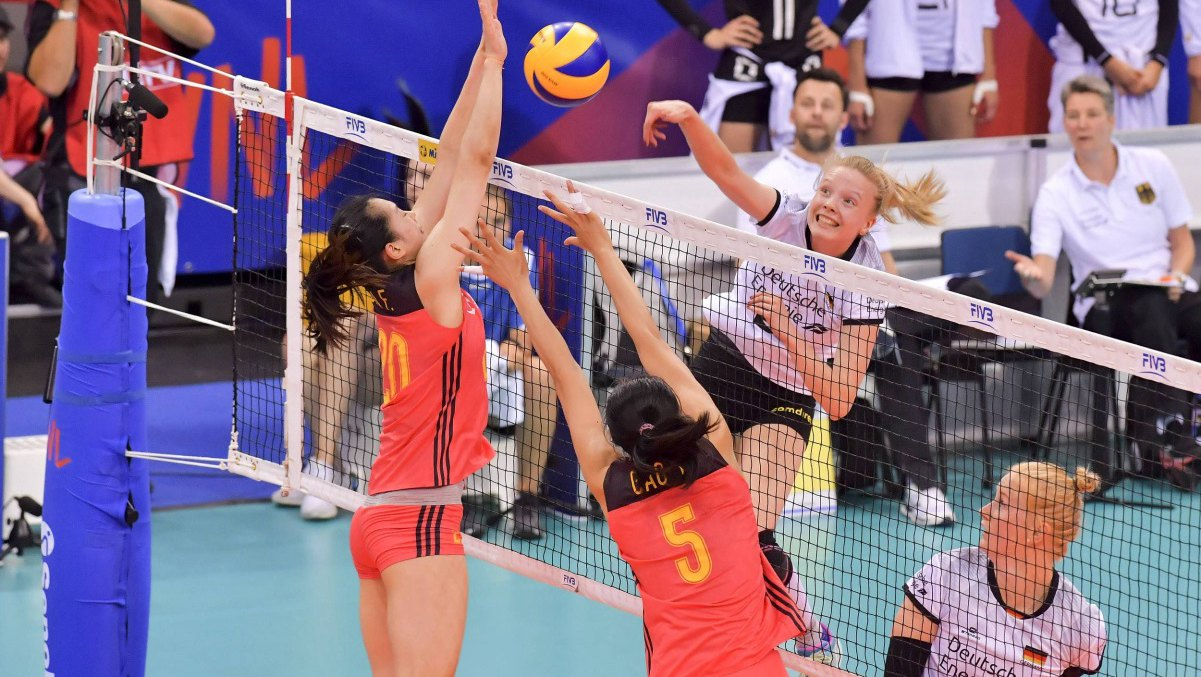 China came back from two-sets down to defeat hosts Germany in their first Pool 17 match at the Women's Nations League in Stuttgart.

China were beaten twice in their previous group outing at home in Jiangmen, but were able to start their final round robin event with a victory ahead of the finals in Nanjing at the end of the month.

China got off to a positive start in the first set. Gao Yi's block increased their lead to 11-5, prompting a time-out from their opponents

It appeared to do the trick. After a series of exchanges high in the air, Maren Fromn nicely set up a spike that was too hot to handle. The home side went on to win the opener 20-25.

In the second, a block from Liu Xinyue made things level at 23. Before a block by Fromn gave Germany a 27-25 victory, as they went two-up

China began to come back in the third. Yi spiked her team to a 4-nil lead. And then Louisa Lippman can only found the net. China eventually took the frame 25-17.

It was all square after the fourth set when Denise Hanke fired out of bounds to give China a 25-23 victory.

In the decider Meng Dou's powerful spike can't be kept in, which helped the visitors grab a 15-8 win, as it finishes 3-2 overall.