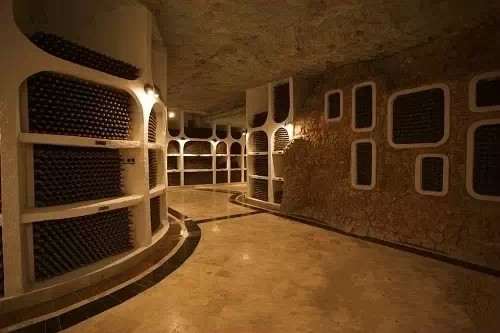 BUCHAREST, Aug. 23 (Xinhua) -- Moldova's wine exports to China account for 10 percent of its total exports so far this year, an official of the wine authority announced on Thursday.

China is one of the five major markets for Moldovan wines, and the other four countries are Poland, Romania, the Czech Republic and Russia.

For other countries, the total amount of exports is less than 40 percent, according to Gheorghe Arpentin, director of the National Office of Vine and Wine in Moldova.

Since the harvest in 2017, Moldova exported 14.3 million decaliters of wine, up 3 percent compared with the previous crop, while the incomes came to 2.3 billion lei (137.560 million U.S. dollars), a year-on-year growth of 5.5 percent.

Poland is currently the largest market for wine of Moldova, with imports reaching 15 percent of the country's total exports.

The harvest of wine grapes will be 290,000 tonnes, while that of table sorts 130,000 tonnes, estimated Liliana Dascaliuc, head of the Wine Policy and Regulation Service of the Ministry of Agriculture, Regional Development and Environment.

Statistics showed that in 2017, China was the main market for Moldovan bottled wine by value and second market, by volume (expressed in bottles).