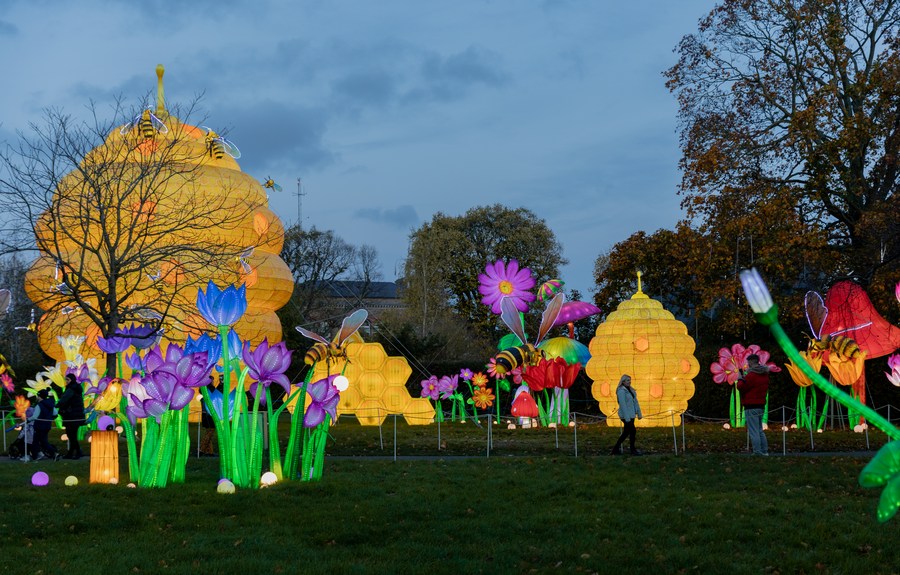 People visit a lantern show at Dublin Zoo in Dublin, Ireland, Oct. 28, 2022. All the installations displayed at the show were made by a lantern company from Zigong City in Sichuan Province, southwest China. (Photo by Liu Yanyan/Xinhua)

DUBLIN, Dec. 15 (Xinhua) -- China has become the third-largest source of goods imported by Ireland, according to data released by Ireland's national statistics bureau (CSO) on Thursday.

In the first 10 months of this year, Ireland imported 12.56 billion euros (13.31 billion U.S. dollars) worth of goods from China. This made China Ireland's third-largest source of imported goods, after Britain (24.56 billion euros) and the United States (18.68 billion euros).

In the first 10 months of this year, Ireland exported 176.46 billion euros worth of goods, more than it exported in the whole of 2021, said the CSO.

In 2021, the total goods exported by Ireland were valued at 165 billion euros. 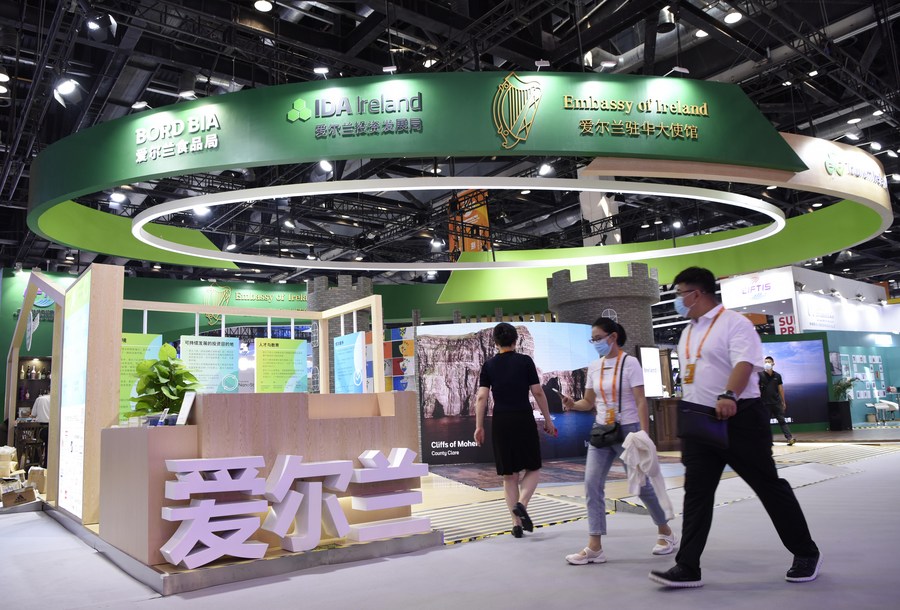 People walk past the booth of Ireland during the 2021 China International Fair for Trade in Services (CIFTIS) in Beijing, capital of China, Sept. 3, 2021. (Xinhua/Wu Wei)