Chinese President Xi Jinping on Thursday met with Belarusian President Alexander Lukashenko on the sidelines of the 22nd meeting of the Council of Heads of State of the Shanghai Cooperation Organization (SCO) in Samarkand, Uzbekistan. The two heads of state exchanged in-depth views on China-Belarus relations as well as international and regional issues of common concern, and reached broad consensus. 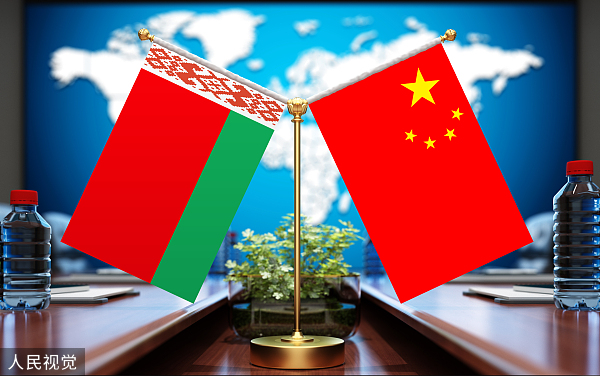 The two heads of state spoke highly of the achievements made in cooperation in various fields since the establishment of bilateral diplomatic ties 30 years ago.

The two sides respect and support development paths as well as domestic and foreign policies chosen by each other, and firmly support each other on issues concerning their respective core interests including sovereignty, independence and territorial integrity.

The Belarusian side extended congratulations on the upcoming 20th National Congress of the Communist Party of China, and wished the congress a full success.

Reiterating its adherence to the one-China principle, the Belarusian side recognizes that the government of the People's Republic of China is the sole legal government representing the whole of China and that Taiwan is an inalienable part of China's territory, opposes any form of "Taiwan independence," and supports all efforts made by the Chinese government for national reunification.

The two sides will deepen the high-quality Belt and Road cooperation, and continue to advance the implementation of the Agreement on Economic and Trade Cooperation Between the People's Republic of China and the Eurasian Economic Union.

The two sides will continue to strengthen cooperation within the framework of the United Nations, maintain close communication and coordination on international and regional issues of common concern, follow the principles of mutual respect, fairness, justice and win-win cooperation, and jointly advocate peace, development, equity, justice, democracy and freedom, which are the common values of humanity.