China's central bank injected liquidity into the money market through reverse repos Tuesday to offset the impact of a tax payment peak this month. 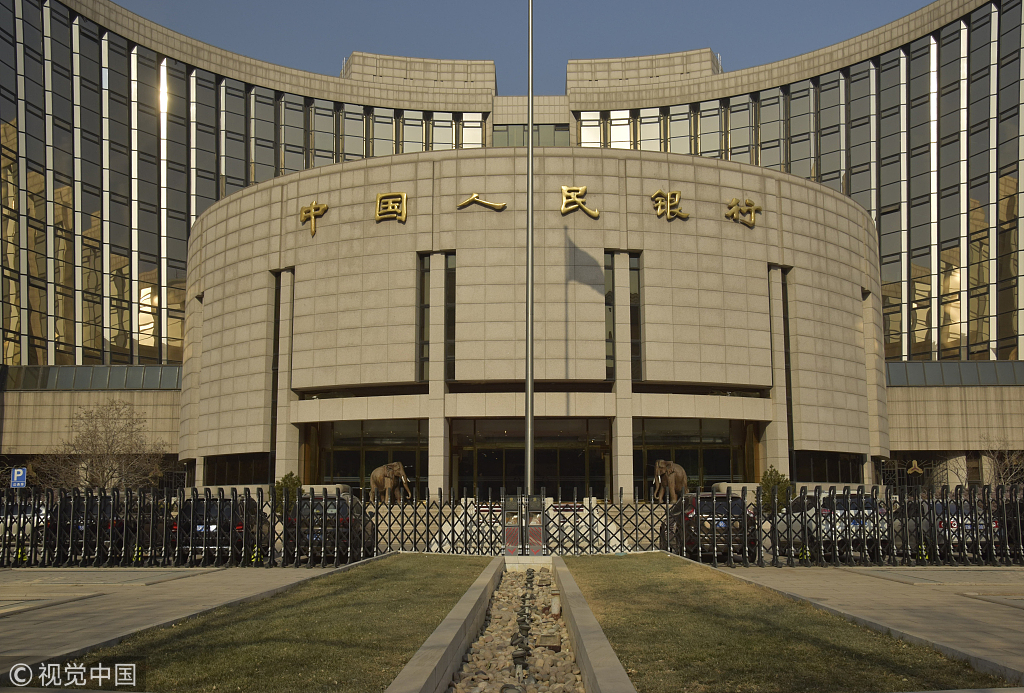 The People’s Bank of China boosts liquidity Tuesday to offset the impact of a tax payment peak this month. (File Photo: VCG)

The PBOC said in a statement that Monday's operation was aimed at maintaining reasonable and sufficient liquidity in the banking system.

With the peak of tax payments kicking in this month, the PBOC expects liquidity in the banking system to slide fast in the coming days.

Reverse repos enable the central bank to purchase securities from commercial banks through bidding with an agreement to sell them back in the future.

Additionally, the medium-term lending facility (MLF) set to mature in the first quarter of 2019 will not be continued, which will unleash about 800 billion yuan of capital into the market.

Given that the 0.5-percentage point RRR cut Tuesday will unleash about 750 billion yuan, while a 390 billion yuan batch of MLF will mature, the net liquidity injected into the banking system will stand at 360 billion yuan, Wang Qing, chief analyst with Golden Credit Rating International, told Securities Daily.

The central bank has been using the MLF to channel funds more directly to sectors of the economy that need it most.