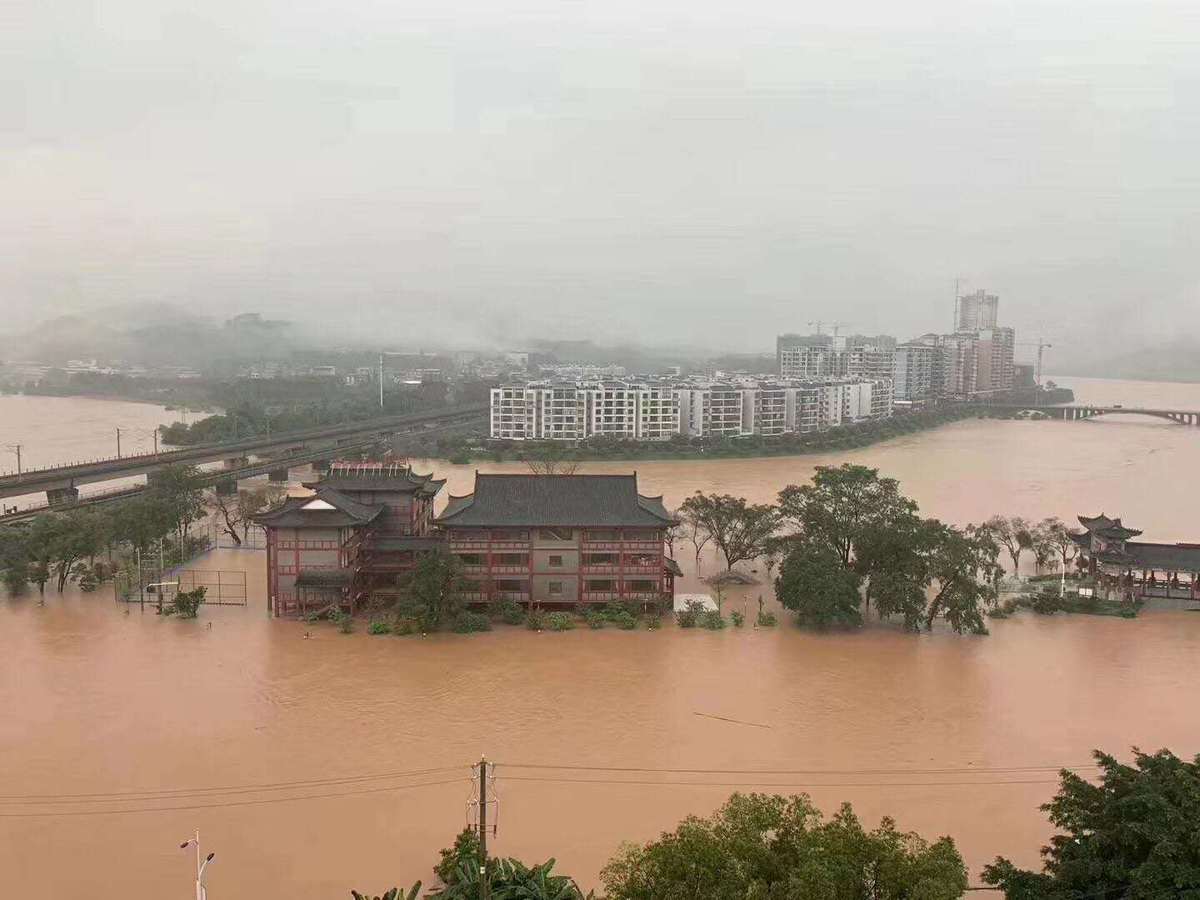 With larger precipitation than normal years, the country will face a grim flood control situation this monsoon season as torrential rains wreak havoc in southern parts of the country, officials said on Thursday.

The accumulated precipitation so far this year has been 6 percent more than the same period in recent years. Following 19 rounds of rainfall, 148 rivers have been stricken by floods that have raised water above their warning levels, according to the Ministry of Water Resources.

The total rainfall, which has engulfed 12 provincial regions since June 2, has been the strongest. The areas that have received over 40 centimeters of precipitation have reached more than 24,000 square kilometers, said Tian Yitang, head of the ministry's flood and drought control and prevention department.

Longtan township in Huizhou, Guangdong province, has received precipitation of over 114 centimeters, he added at a news conference organized by the State Council Information Office.

"Forecast of meteorological department shows that there will be more precipitation in southern parts of the country this year. The flood control situation will be grim. We have to be prepared for major floods," he said.

Ye Jianchun, vice-minister of Water Resources, said the ministry has managed to repair over 99 percent of the about 99,600 water conservancy projects that were damaged by floods last year.

"Generally speaking, damaged projects in southern parts of the country have been repaired. Due to various reasons, including effect from the COVID-19 pandemic, only few damaged projects have yet to be repaired. We will ask local authorities to strictly implement flood control measures and ensure safety during the flood season," he said.

He said the ministry has dispatched six teams to five provincial regions to guide local flood control work. It will also enhance monitoring and issue warnings in a timely manner while intensifying coordination of water conservancy projects to help store floods to cope with the grim situation.