BEIJING -- China is bracing for two typhoons, Typhoon Cempaka and Typhoon In-Fa, which are expected to lash the affected areas with strong winds and heavy rains. 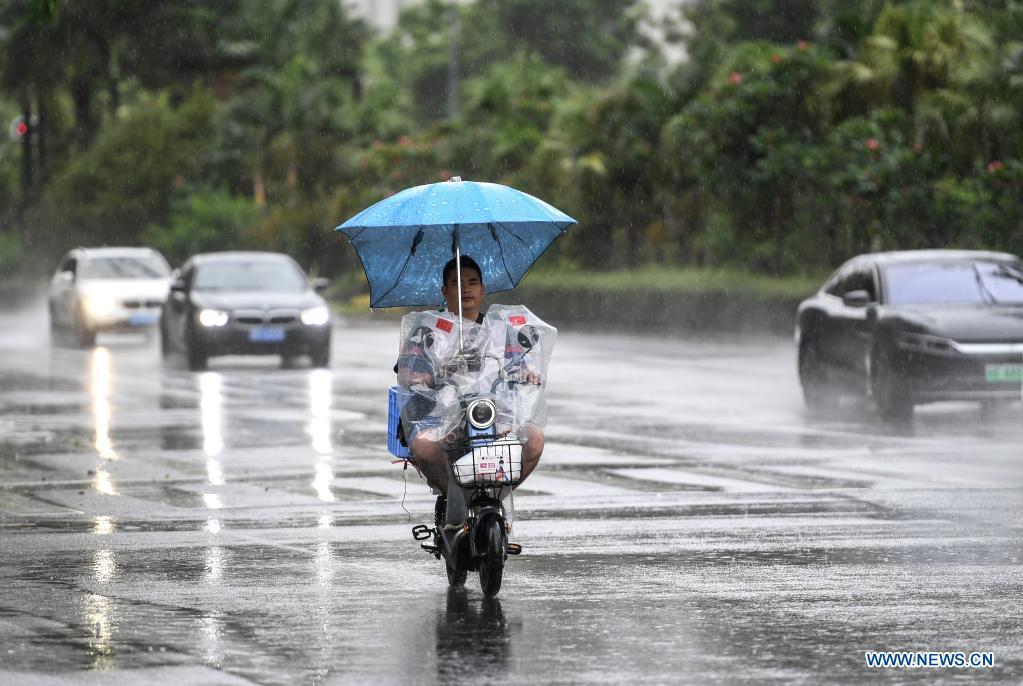 A resident rides an electric bicycle in the rain in Shenzhen, South China's Guangdong province, July 19, 2021. Typhoon Cempaka, the seventh this year, is forecast to make landfall on the coast of Guangdong on Tuesday. [Photo/Xinhua]

At 3 pm Tuesday, the center of Typhoon Cempaka, the seventh of this year, was located in a coastal area approximately 60 km southeast of Yangjiang in Guangdong province, or at 21.5 degrees north latitude and 112.4 degrees east longitude, the National Meteorological Center said.

Typhoon Cempaka is expected to make landfall between Taishan and Dianbai in Guangdong on Tuesday afternoon or night.

The weather authorities said Typhoon In-Fa, the sixth of this year, is approaching the coastal areas of East China's Zhejiang province and Fujian province, indicating the likelihood of a binary typhoon.

Typhoon In-Fa is expected to make landfall at the coastal regions of Zhejiang and Fujian on Sunday, the State Flood Control and Drought Relief Headquarters said Tuesday.

The headquarters on Tuesday morning launched its Level IV emergency response to fight floods and typhoons. Before this, it sent a task force to Guangdong to provide help on Monday night.

Guangdong has called back fishing vessels and asked fish-farming workers to be evacuated.