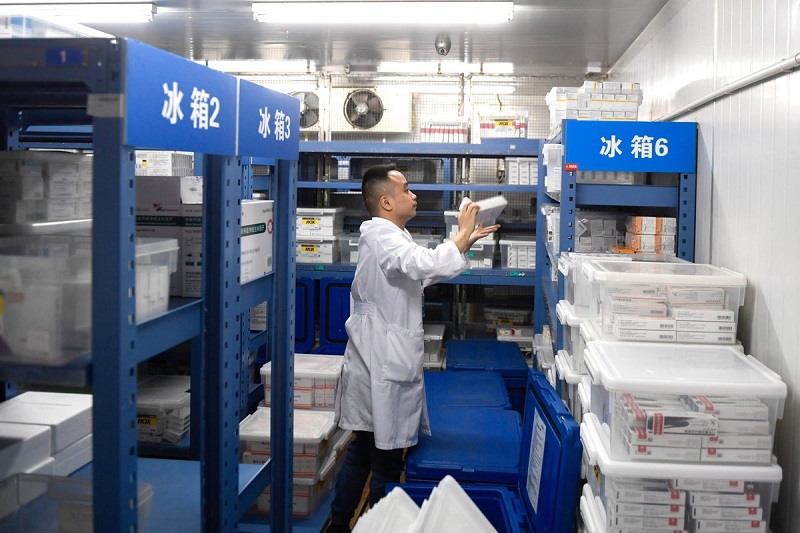 Nine of the 11 domestic drugs were first approved across the world.

Most of the newly approved were anti-cancer, antiviral and orphan drugs (drugs for the treatment of rare diseases). Among the approved ones, 18 were antineoplastic while many were for tumor indications, which will bring about more therapy alternatives for chemotherapy, the SDA said.

The speedy approval of some specific medicines has enabled Chinese patients to receive better treatment. For instance, China in May approved Epclusa for the treatment of adults with chronic Hepatitis C virus infections, the latest treatment for the disease.

China also created a special channel for clinical drug-trials, which previously took two to three years after application but is only 60 days currently, if no queries or negative feedback are returned to the applicants.

The SDA Center for Drug Evaluation has communicated more with drug enterprises in new drug research and development. As of Dec. 10, the center had received and handled a total of more than 1,500 communication applications, the statement said.

Meanwhile, the SDA has accelerated the process to introduce clinically needed new drugs from overseas, with 10 types accessible at home now and more expected this year, it said.

China will continue deepening the reform of drug evaluation and approval, and will make more efforts such as simplifying the requirements for importing overseas drugs and encouraging the research and development of innovative drugs, it added.