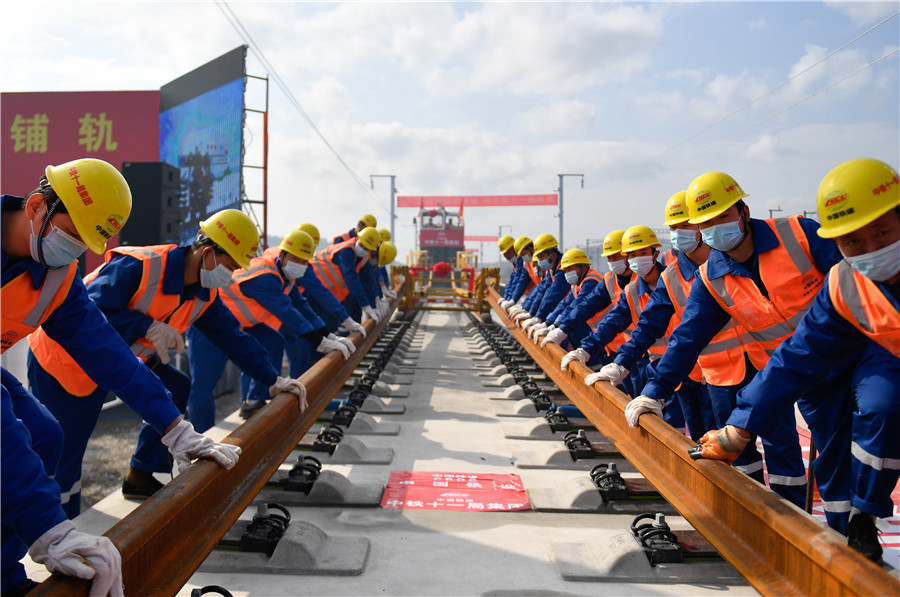 On Tuesday, the tracks were completed for the Hangzhou-Shaoxing-Taizhou intercity railway, one of China's first group of high-speed railway projects funded by a public-private partnership (PPP), with the private sector having a holding status.

The new rail line will be opened by the end of this year and will be connected to the high-speed railway network in the Yangtze River Delta region. It will halve the travel time between Hangzhou and Taizhou to approximately one hour.