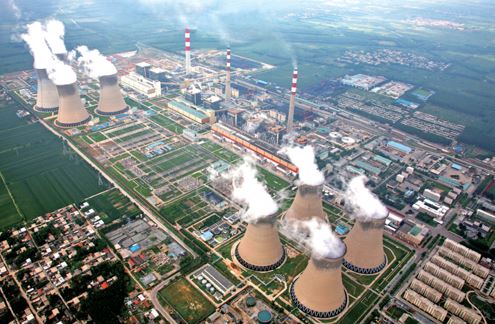 Zouxian County Power Plant in Shandong province is one of the largest, most energy-efficient and environment-friendly coal-fired power plants in China. (Photo: chinadaily.com.cn)

The country has beaten its target of ultra-low emission and energy conservation and transformation outlined in the country's 13th Five-Year Plan two years in advance, NEA said.

Transformation of coal power generators resulted in an 86-percent decrease in sulfur dioxide emissions, 89-percent cut in nitrogen oxides, and 85 percent less smoke dust from 2012 to 2017, according to the China Electricity Council.

The NEA said it will continue to promote energy conservation and ultra-low emissions and speed up building a clean, efficient, and sustainable coal power industry.