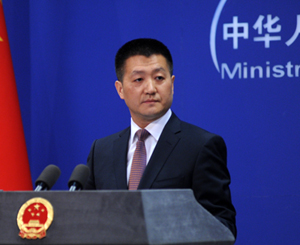 China called on relevant parties to resolve the Iran issue through dialogue and consultation based on the principle of equality and mutual respect, a Foreign Ministry spokesperson said Friday.

Spokesperson Lu Kang made the remarks regarding the United States' announcement to reimpose formal sanctions on Iran on Monday.

He said China has had open, transparent and normal commercial cooperation with Iran in economy, trade, energy and other fields for a long time, which has not violated the resolutions of the United Nations Security Council or China's commitment to its international obligations, nor has it undermined the interests of other countries.

Such cooperation should be respected and maintained, said Lu.

China always believes that imposing or threatening to impose sanctions will not help resolve issues, and dialogue and consultation are better alternatives, said the spokesperson.