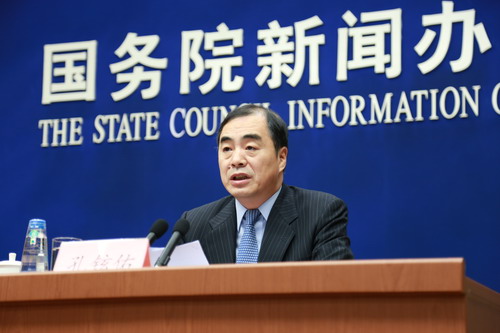 China on Friday expressed the hope that two-way contact between the Democratic People's Republic of Korea (DPRK) and Republic of Korea (ROK) will soon turn to a political dialogue to resolve the Korean Peninsula issue.
China welcomes dialogue between the two sides, which is mainly focused on cooperation related to the upcoming Winter Olympics, Vice Foreign Minister Kong Xuanyou said at a press conference on a white paper titled "China's Arctic Policy."
"We hope that the positive interaction between the north and south will continue," said Kong.
"Whether or not I go to the DPRK, China's commitment to the goal of denuclearization on the peninsula and the position of safeguarding the peninsula's peace and stability remains unchanged," said Kong, adding that China's diplomatic efforts have not stopped for a moment.
Former U.S. Secretary of State Henry Kissinger on Thursday called for an agreement on the future of the Korean Peninsula with the revival of the now-stalled six-party talks or with backing from the United States and China. That, he said, would be the best road to the denuclearization of the peninsula.
When asked to comment on Kissinger's remarks, Foreign Ministry spokesperson Hua Chunying said the talks between Pyongyang and Washington are key to solving the Korean Peninsula nuclear issue.
Hua told a routine press briefing that China's  "suspension-for-suspension" proposal and the "dual-track approach" aim to find a breakthrough in the deadlock and build a bridge for all sides to begin dialogue.
Hua called on the DPRK and the United States to use the opportunity of the current interaction between Pyongyang and Seoul to seek direct or multilateral dialogue, so as to create favorable conditions for a political settlement of the issue.
"China attaches importance to all efforts that help to peacefully resolve the peninsula issue by means of political diplomacy," said Hua.
With regard to the form of the political talks, Hua said China is willing to consider all the constructive suggestions that are conducive to easing tensions and promoting dialogue to solve the issue.