China has proposed enhanced international collaboration, especially in the judicial sector, to promote efforts to fight global organ trafficking at a Vatican meeting.

Wang Haibo, head of China's official organ distribution system, China Organ Transplant Response System (COTRS), told the Global Times on Wednesday that he has proposed that the collaboration start from information sharing and also the development of a coding system at the World Health Organization (WHO) to trace human organ trading during the conference at the Vatican. 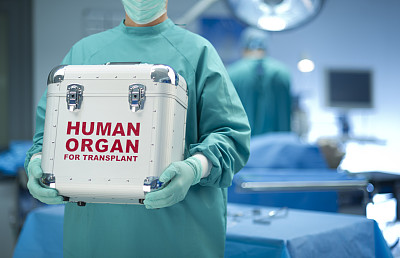 "The mission cannot be accomplished by only one country or by unilateral efforts," Wang said.   China could launch an alert system at customs checkpoints so that authorities will be notified when foreign patients on an organ transplant wait list enter China, he added.

China criminalized the unauthorized trading of organs in 2011, a crime for which the death penalty can be imposed in severe cases.

From 2007 to 2017, a joint task force from China's top health and public security authorities arrested around 220 people suspected of being involved in organ trafficking, including 60 medical staffers, whose health practitioner licenses were revoked.

The task force rescued around 100 victims during the period, according to official data obtained by the Global Times on Wednesday.

The country launched a big-data organ trafficking surveillance system in February, which could cross-check the direct and indirect interaction of transplant candidates and potential brokers via their communication, tracking records and social media, Wang said.

This way, crimes could be preempted, he added.

This is the second time China has been invited by the Pontifical Academy of Sciences (PAS) to a meeting in the Holy See, as China's reforms on organ transplant have increasingly received papal and global recognition.

Chinese scholars, including former Chinese vice-minister of health Huang Jiefu, are confident that such exchanges could get people in China and the Vatican to know more about each other before diplomatic relations are established.

Archbishop Marcelo Sánchez Sorondo, PAS Chancellor, also agreed that people-to-people exchanges and interactions between Chinese and Vatican scholars could help people from the two countries understand each other better, in an email sent to the Global Times on Tuesday.

China's position on developing China-Vatican relations is clear, Foreign Ministry Spokesperson Lu Kang said at a daily briefing on Monday.  "We hope and look forward to seeing that China and the Vatican could improve bilateral ties by working toward the same direction."