China is opposed to any unilateral actions that complicate the situation in Kashmir, and calls on both India and Pakistan to resolve the relevant disputes through peaceful means, State Councilor and Foreign Minister Wang Yi said on Monday. 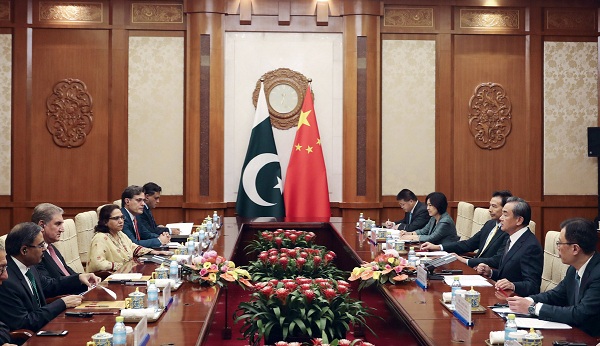 In a meeting with visiting Indian Foreign Minister Subrahmanyam Jaishankar, Wang said the Indian Government's announcement of the establishment of the Ladakh Union Territory, which involves Chinese territory, has challenged the country's rights and interest in sovereignty.

The practice is neither valid to China nor will change the status quo that China exercises the sovereignty and effective administrative jurisdiction over the relevant territory, Wang said.

Wang said China is highly concerned over the current Kashmir situation and the escalating India-Pakistan conflict. New Delhi's move to end the constitutional status of Jammu Kashmir will change the status quo of the disputed area and result in a tense situation in the region, he added.

Wang urged India and Pakistan to resort to peaceful dialogue to resolve their disputes and jointly safeguard peace and stability in the region.

Saying India's move does not conform to the agreement between Beijing and New Delhi in upholding peace and tranquility on the border of the two countries, Wang stated India should do more to help enhance mutual trust and safeguard peace and stability in the bordering areas so as to avoid unnecessary disturbance of China-India relations.