China calls for peace, stability, security after US Capitol riots

BEIJING, Jan. 7 (Xinhua) -- A Foreign Ministry spokesperson on Thursday said China hopes the people in the United States can enjoy peace, stability and security at the earliest after supporters of outgoing President Donald Trump stormed the US Capitol. 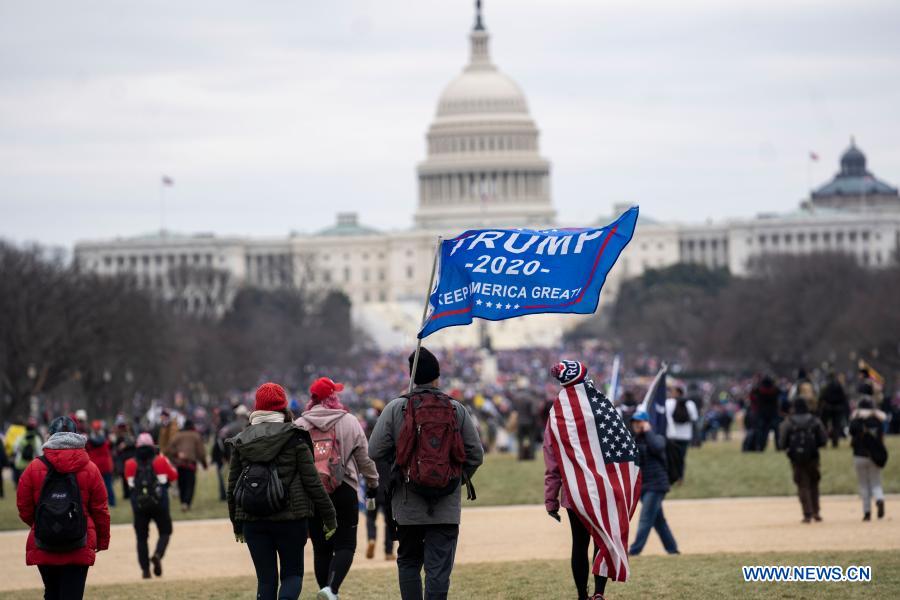 Supporters of US President Donald Trump gather near the US Capitol building in Washington, DC, the United States, on January 6, 2020. (Photo: Xinhua)

"We believe that the people of the United States want stability and peace, and hope they can soon enjoy security and stability, especially amid the grim situation brought about by the pandemic," spokesperson Hua Chunying told a daily press briefing.

Responding to a query on some Chinese netizens mocking the riots as "beautiful sight," a term once used by US House Speaker Nancy Pelosi to refer to the violent protests in Hong Kong in 2019, Hua said Chinese people have the right and freedom to express their opinions and make comments online.

While US mainstream media denounced the protesters at the US Capitol as "mobs," they had called the violent protesters in Hong Kong as "democratic heroes," saying that the US people were standing with them, Hua noted.

"The stark contrast in the reactions and choice of words are thought-provoking and worthy of our reflection," she said.

Hua also urged the United States to take necessary measures to guarantee the safety of journalists, as multiple news outlets were attacked by demonstrators outside the Capitol Hill, according to a statement by China Media Group.