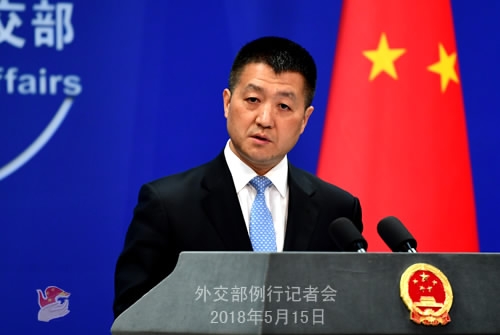 China called for restraint over the Palestinian-Israel conflict on the Gaza border following the move of the US embassy to Jerusalem on Monday, Lu Kang, spokesman of Chinese Ministry of Foreign Affairs, said at a press conference on Tuesday.

"We have called on both Israel and Palestine, especially the Israeli side, to keep restraint to avoid further escalation of tensions," he said.

Lu said China expresses its grave concern over a large number of casualties caused by the violent conflicts in the Gaza Strip, adding that China opposes violence against civilians.

The issue of Jerusalem's status and ownership is highly complicated and sensitive, Lu said. "The Chinese side holds that in accordance with the relevant United Nations resolutions, peace talks between Palestine and Israel should be resumed as soon as possible and the final status of Jerusalem should be settled through dialogues."

China supports the just cause of the Palestinian people to restore their legitimate national rights, and supports the establishment of a fully sovereign, independent State of Palestine based on the 1967 borders with East Jerusalem as its capital, he said.

China stands ready to work with relevant parties of the international community to make contributions to the final proper settlement of the Palestine issue. 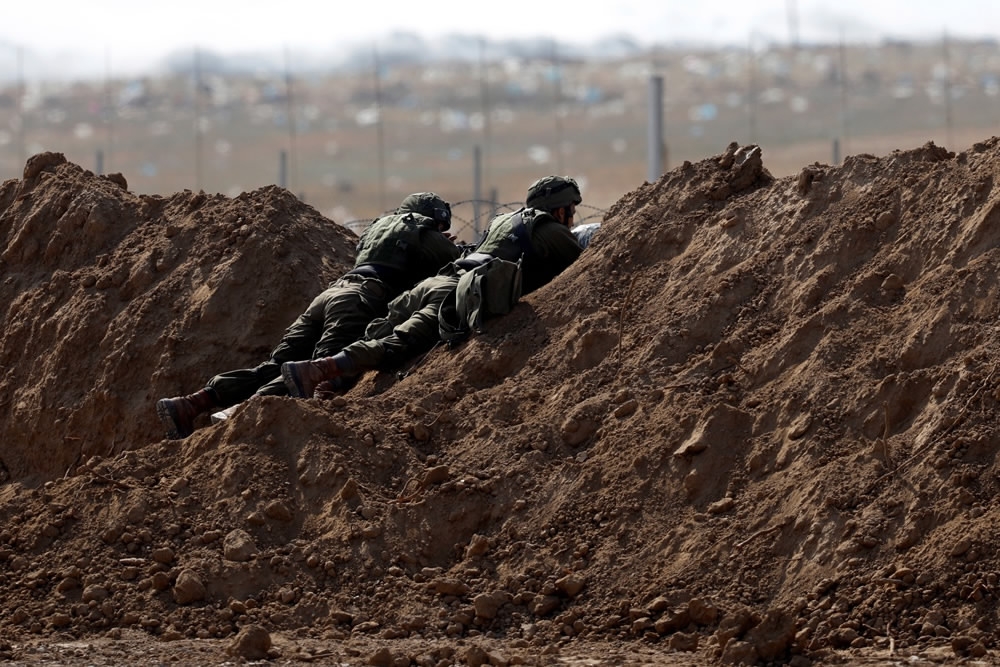 Israeli soldiers are seen on the Israeli side of the border fence between Israel and the Gaza Strip, May 15, 2018. (Photo: Reuters)

The death toll in the conflicts has surpassed 60, as two Palestinians died Tuesday of wounds they sustained during the anti-Israel protests along the Gaza-Israel border on Monday, and another Palestinian was killed by Israeli forces near the border on Tuesday, medical sources said.

A 16-year-old boy and a 30-year-old man died of their wounds at hospitals, a spokesman of Health Ministry in Gaza, Ashraf al-Qedra, said in a statement.

A 51-year-old man was fatally shot along the frontier in the central Gaza Strip after thousands of Palestinians took part in funerals for Monday's dead.

The rally on Monday came in response to the relocation of the US embassy to Israel from Tel Aviv to Jerusalem, the holy city that  Palestinians want its eastern part as the capital of their future state. 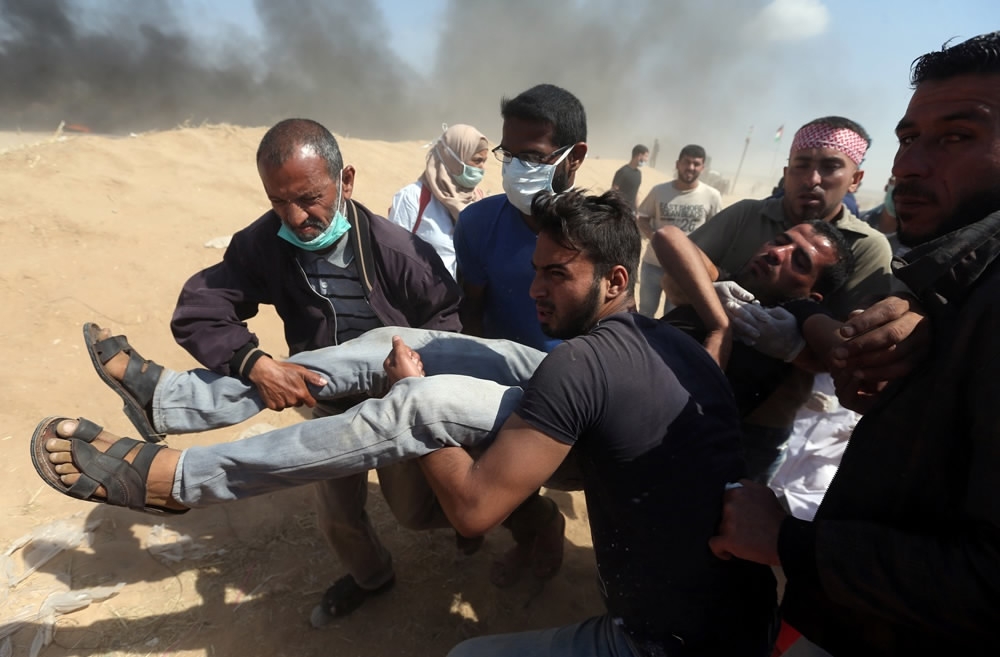 A wounded Palestinian demonstrator is evacuated during a protest at the Israel-Gaza border in the southern Gaza Strip, May 15, 2018. (Photo: Reuters)

The bloodshed drew calls for restraint from some countries, including France and Britain, and stronger criticism from others, with regional power Turkey calling it "a massacre" and asking the Israeli ambassador to temporarily leave the country.

However, the White House declined to join in urging Israel to exercise caution and pinned the blame squarely on Gaza's ruling Hamas group, backing Israeli Prime Minister Benjamin Netanyahu who described the Israeli military's actions as self-defense of his country's borders.

In siding squarely with Israel, Washington put distance between itself and its European allies for the second time in a week, after angering France, Germany and others last Tuesday by abandoning an international nuclear deal with Iran.