China calls for Russia and UK to solve disputes through dialogue 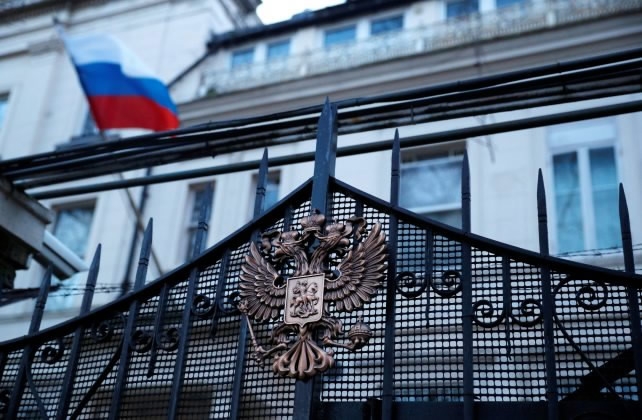 China calls for both Russia and the UK to properly resolve their disputes through dialogue and communication, a Chinese foreign ministry spokesperson said on Thursday, responding to the recent intense relations between Russia and the UK due to the poisoning of a former Russia double agent in England.

Britain says Russia is responsible for using the Novichok nerve agent against Sergei Skripal and his daughter Yulia in the English city of Salisbury. They have been critically ill in hospital since they were found on March 4. Russia denies any involvement in the attack.

Prime Minister Theresa May on Wednesday gave 23 Russians, whom she said were spies working under diplomatic cover, a week to leave London. Russia warned on Thursday that it would retaliate very soon for Britain's expulsion of the 23 diplomats.

China hopes that both sides can base their actions on facts, proceed from the true merits of the case and strictly observe the purposes and principles of the UN Charter, and properly resolve the disputes through dialogue and communication on the basis of mutual respect and equal consultation, Chinese foreign ministry spokesperson Lu Kang said.

Lu stressed that Russia and the UK are two important countries with important impact on the global stage. In particular, these two countries are also permanent members of the UN Security Council.

"We hope that the two countries can properly solve the current problem through consultation. After all, it is really important that the permanent members of the UN Security Council maintain communication and cooperation," Lu said.