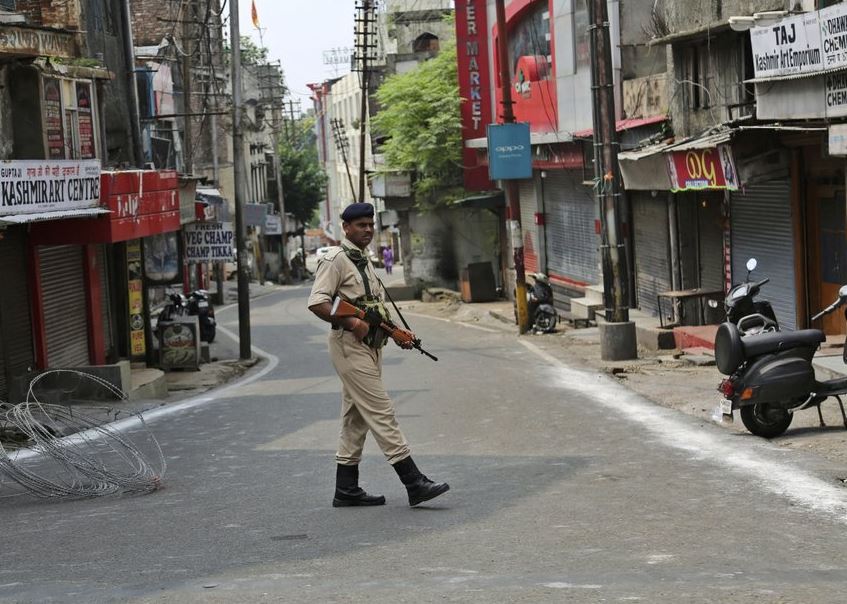 BEIJING, Aug. 6 (Xinhua) -- India and Pakistan should refrain from taking actions that will unilaterally change the status quo and escalate tensions in Kashmir, a Chinese foreign ministry spokesperson said Tuesday when responding to a relevant question.

The Indian and Pakistani troops recently crossed fire and shelled each other several times near the Line of Actual Control in Jammu Kashmir. India has sent a large number of additional paramilitary troops to India-controlled Kashmir and intensified security measures. There is rising tension in the region. India also announced the removal of the "special status"of India-controlled Kashmir.

Voicing China's serious concern over the situation in Kashmir, spokesperson Hua Chunying said that China's position on the Kashmir issue is clear and consistent. "It is an international consensus that the Kashmir issue is an issue left from the past between India and Pakistan."

The relevant sides need to exercise restraint and act prudently. In particular, they should refrain from taking actions that will unilaterally change the status quo and escalate tensions, Hua said. "We call on both India and Pakistan to peacefully resolve the relevant disputes through dialogue and consultation and safeguard peace and stability in the region.