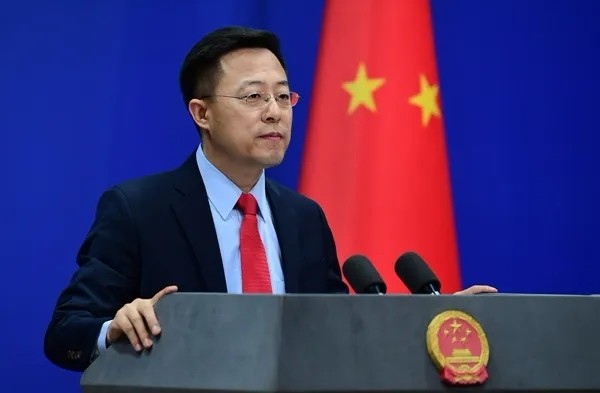 China's Foreign Ministry on Monday called on the World Health Organization (WHO) to maintain its scientific and professional position in tracing the origins of COVID-19 and firmly oppose the politicization of the matter as it prepares for the second phase of study.

The UN agency last Friday proposed a second phase of studies into the origins of the coronavirus in China and called on China "to be transparent and open and to cooperate."

The WHO's proposal is inconsistent with the position of China and many countries, Chinese Foreign Ministry spokesperson Zhao Lijian told a daily press briefing.

The plan for the next phase of global origins study should be led by member states as agreed on the 73rd World Health Assembly resolution, Zhao said.

"We hope that WHO and member states will fully communicate and consult with each other and widely listen to the opinions and suggestions of all parties and ensure that the drafting process of the work plan is open and transparent," he told reporters, adding the WHO's proposal on origins study is being studied by Chinese experts.

Origins study is a scientific issue and requires the cooperation of scientists around the world, Zhao said, while condemning a few countries, including the U.S., for politicizing the virus.

"Over 90 percent (of) participants of a Global Times poll say the next phase of investigation on COVID-19 origins should go to the U.S.," Zhao told the briefing, while referencing the Fort Detrick lab in Maryland, U.S.

As of Monday afternoon, over 750,000 Chinese netizens have signed a joint letter to the WHO, demanding the organization conduct an investigation into the U.S. lab.

"The U.S. should face up to the voices of the international community including the Chinese people, and give a satisfactory account of the contents of the open letter and online poll," Zhao said.

China's Foreign Ministry has repeatedly called on Washington to respond to international concerns over its bio labs and invite international experts to its soil to investigate their risks.