China has confuted accusations by the US that China is trying to expand global influence by "debt diplomacy" and impose unaffordable huge debts on small countries by implementing "predatory economic behavior," Ministry of Foreign Affairs spokesman Lu Kang said Tuesday during a regular press conference. 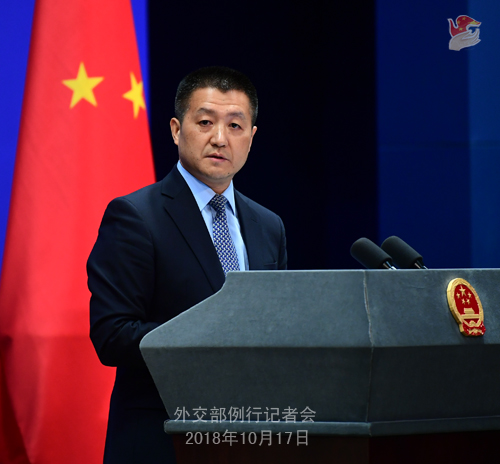 Lu mentioned that China cooperates with developing countries following the right approach to justice and interest. Combined with its own experiences, China has been assisting them within its capabilities with no political strings attached, and such assistance has greatly boosted their socio-economic development and improved their living standard.

Lu also stressed that the so-called debt problem the US keeps talking about is in disregard of the facts. In the relevant regional and national debts that the US and some media have been hyping recently, debts from cooperation projects with China remain a very small proportion, and no country has been found caught in a "debt trap" due to cooperation with China.

Facing large amounts of facts and figures, it's disappointing to see the US has repeatedly lied and made irresponsible remarks out of its own political needs, Lu said.