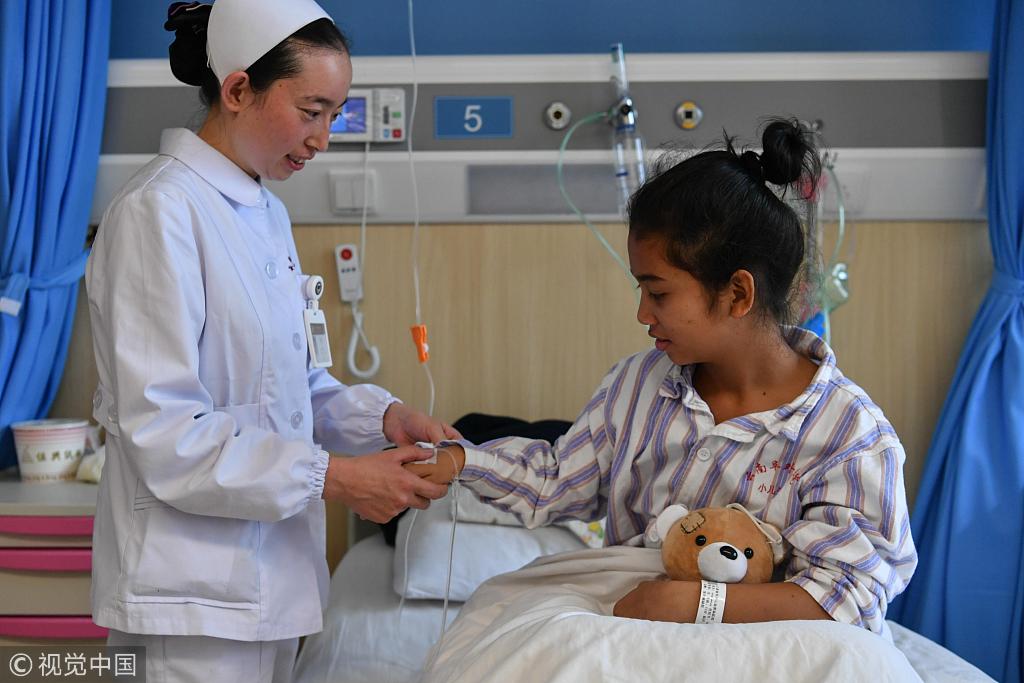 Six Cambodian children who are diagnosed with the congenital heart disease received free medical treatment in southwest China's Yunan Province in June, 2018. The government of Yunnan Province cooperated with the Cambodian government to facilitate medical services for Cambodia. This year marks the 60th anniversary of the establishment of diplomatic relations between China and Cambodia. (Photo: VCG)

China and Cambodia pledged here on Thursday to broaden pragmatic cooperation between the two countries in all fields.

The pledge was made at a meeting between Cambodian Prime Minister Samdech Techo Hun Sen and Song Tao, head of the International Department of the Central Committee of the Communist Party of China (CPC).

Song stressed that the CPC is willing to boost friendly exchanges with the ruling Cambodian People's Party and learn from each so as to achieve new and greater progress in the development of bilateral ties.

For his part, Hun Sen who is also leader of the Cambodian People's Party said his country is willing to work together with China to deepen exchanges between the two parties and broaden pragmatic cooperation between the two countries in all fields.