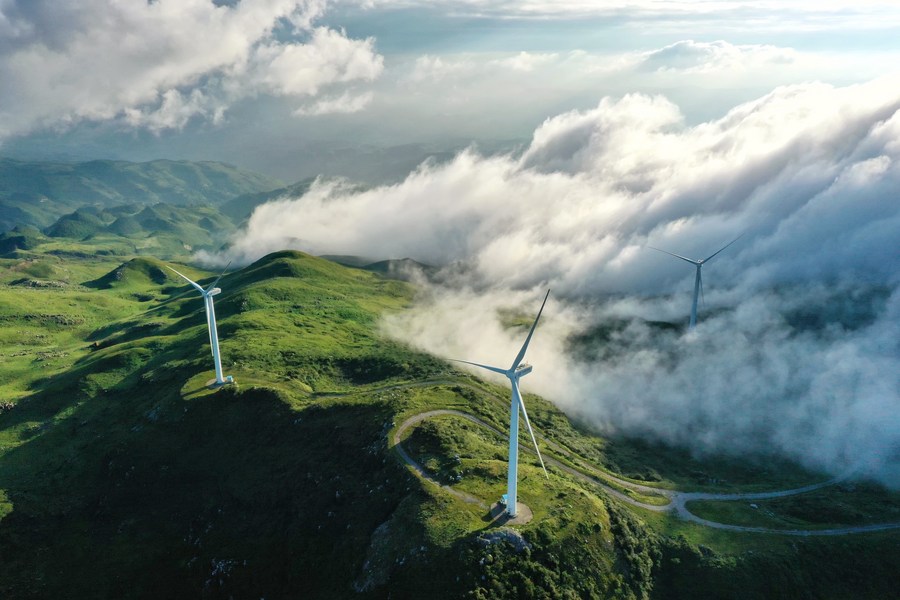 BEIJING, July 27 (Xinhua) -- China is capable and confident of achieving the goal of carbon peaking before 2030, the country's energy regulator said Wednesday.

Last year, the share of non-fossil energy in China's total energy consumption expanded from 15.9 percent to 16.6 percent, Zhang said, adding the figure is expected to grow at an average rate of one percentage point a year from now to 2030.

Official data showed that installed capacity of renewables in the country increased by about 130 million kilowatts last year.

As part of efforts to expedite a low-carbon transition of the energy sector, China is ramping up efforts to promote the clean and efficient use of coal and improve clean energy heating, according to Zhang.

The official also highlighted the progress China achieved in constructing charging facilities for new energy vehicles, saying that it has put in place the world's largest network of charging facilities, with a total of 3.92 million charging piles built as of June this year.

By 2025, China will be able to meet the charging demand of over 20 million electric vehicles, Zhang said.