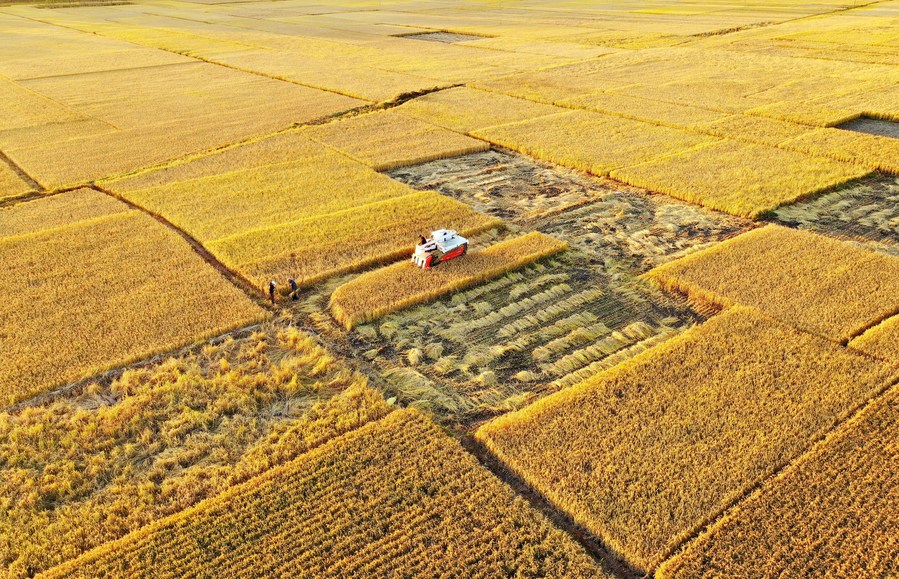 China is capable of ensuring its grain security, agricultural officials and experts said on Wednesday at the China Agricultural Outlook Conference 2022.

China has abundant grain stocks and its production and supply of major agricultural products are stable, Ma Youxiang, vice minister of agriculture and rural affairs, said at the conference. He said China is confident in its ability to cope with uncertainties in the external environment.

China has always attached great importance to the role of science and technology in increasing agricultural production capacity, Wu said.

He called for closer cooperation to ensure the country's food security and effective supply of major agricultural products amid uncertainties such as the pandemic and natural disasters.

The China Agricultural Outlook Report (2022-2031) issued by the conference made projections on the trends of production, consumption, trade and prices for the next 10 years, and analyzed and discussed possible uncertainties.

The report also said that science and technology will play a greater role in increasing grain production, and that the grain yield per area unit will increase by 6.4 percent during the prospective period.

Imports of most agricultural products showed a marked decline in the report, which also noted that China's grain self-sufficiency rate will increase to 88.1 percent by 2031.