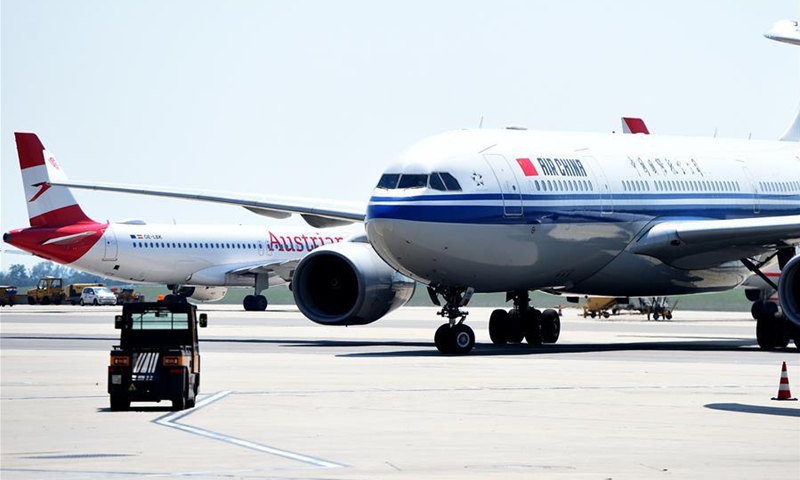 It is the first time to see the suspension of a route between China and the US due to imported cases.

The flight from Los Angeles to Tianjin will be suspended for four weeks as CA988 on November 9 was found to have carried 10 passengers with COVID-19, the Civil Aviation Administration of China (CAAC) said on Wednesday.

The suspension came after American Airlines last week announced the resumption of services between China and the US, becoming the third US carrier to announce such a plan.

The resumption makes the flights between the two markets reach a total of 20 flights per week, and it is widely believed that the rise in the number of flights will benefit the market.

China still has a strict control on imported cases, and the CAAC has repeatedly emphasized epidemic prevention during autumn and the coming winter, making preventing imported cases a top priority.

The CAAC said on Wednesday that the suspended flights are operated by eight carriers including Air France from Paris to Shanghai, Sriwijaya Air from Jakarta to Wuhan, and KLM Royal Dutch Airline from Amsterdam to Wuhan, Pakistan International Airlines from Islamabad to Xi'an, and Ethiopian Airlines from Addis Ababa to Guangzhou.

Three routes operated by Air China - Minsk to Zhengzhou, Madrid to Tianjin and Los Angeles to Tianjin - will also be suspended.