CHINA China clamps down on food and drug safety

China clamps down on food and drug safety

Prosecutors at all levels in China filed 61,668 public interest lawsuits in food and drug safety, including 52,291 procuratorial advices, and brought 1,083 cases to the court during a year-long campaign launched by the Supreme People's Procuratorate (SPP), according to an SPP news conference Thursday. 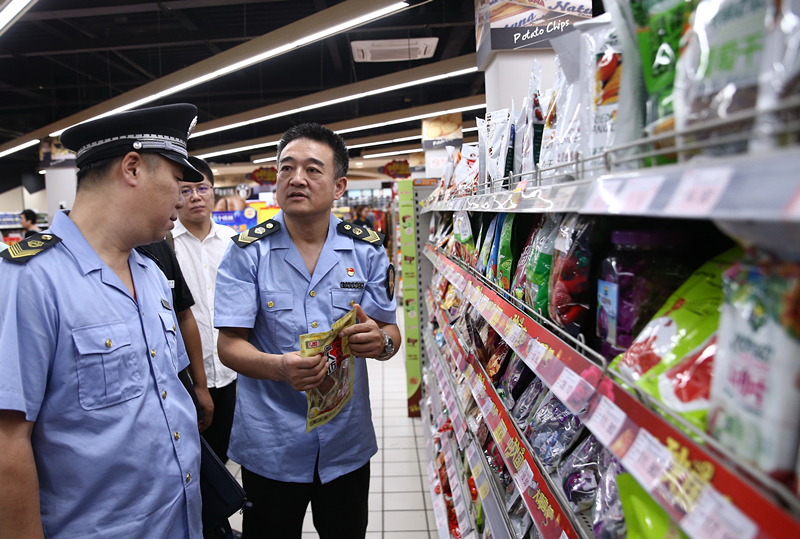 According to Zhang Xueqiao, SPP deputy procurator-general, the number of filings in food and drug safety now accounts for 33.7 percent of all public interest litigation cases.

One of the main areas the campaign focuses on is food safety on campus and a total of 8,839 cases were filed for food safety issues on campuses.

In April a student in Zhongning county of Ningxia Hui autonomous region was diagnosed with food poisoning after eating snacks bought at a shop near his school.

After launching an investigation, local prosecutors discovered harmful and substandard food past its use-by date being sold in convenience stores near kindergartens and primary schools.

The prosecutors also found that some of the sellers did not have licenses to sell food,

The administration ordered 16 shops to suspend business operations and seized 1,325 bags of food.

The campaign is also supervising safety in open fairs and online take-out platforms and has canceled network business qualifications of 59,956 restaurants and dealt with 1,139 cases of false drug advertising.

The campaign is an action under amendments to the Civil Procedure Law and the Administrative Procedure Law that took effect in 2017.

It allows prosecutors nationwide to act as plaintiffs and launch litigation against any act that directly or indirectly compromises public rights and interest.

Until the end of August this year, procuratorates across the country handled 204,446 public interest lawsuits, issued 174,534 procuratorial advices and filed 5,911 cases to the courts, the SPP said.