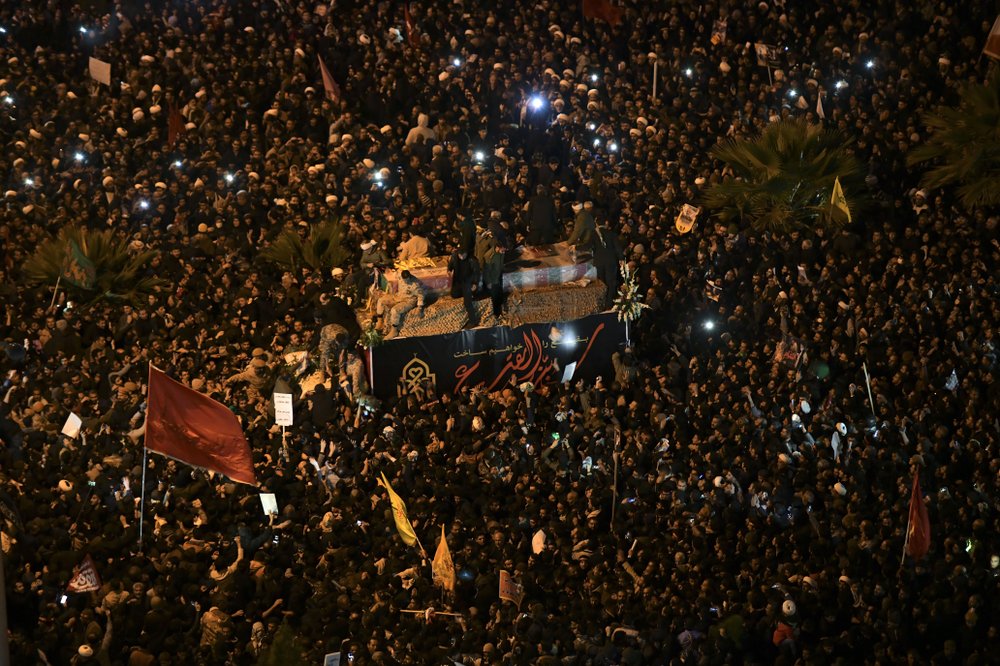 Mourners surround a truck carrying the flag draped coffins of Gen. Qassem Soleimani and his comrades in the holy city of Qom south of the capital Tehran, Iran, Monday, Jan. 6, 2020. (Photo: AP)

United Nations (People's Daily) - Tensions escalated Monday between the US and Iran, and within the Middle East and the Gulf regions. China’s UN Ambassador Zhang Jun said during a press conference that they have been monitoring events and the task at hand is to prevent the situations from spreading and spinning out of control.

“We urge the US side not to abuse force and call on relevant parties to exercise restraint and seek solution through dialogue. At the same time, the sovereignty, independence, unity and territorial integrity of Iraq should be respected,” Zhang said.

Zhang stressed how the Council shoulders the responsibility of maintaining international peace and security. The international community, including the Council, should work together to deescalate tension.

Zhang also pointed out that China acknowledged Iran’s UN ambassador who presented a letter to the Security Council president asking for the group to pay closer attention to US actions and uphold responsibilities.

China is prepared to maintain close communication with relevant parties, uphold a fair and objective position, stand for international law, and maintain peace and stability in the Gulf region and the Middle East, Zhang explained.

When addressing US demand for a statement on the US Embassy attack in Iraq, Zhang said China does not accept US accusations.